Is President Koroma in an apple pie order? 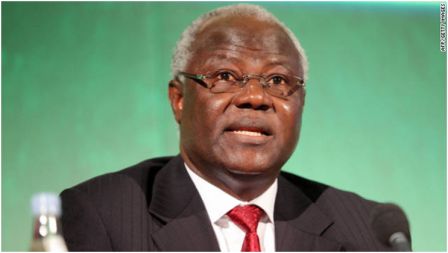 Is President Koroma in an apple pie order?

In my view, criticism is a necessary evil to correct the mistakes of seating  Governments the world over but criticism should be constructive and realistic.

Some arm-chair critics have in the past condemned President Dr. Ernest Bai   Koroma as being lazy and ‘tribalistic’ in his administration. But to me, the President as an individual is in apple pie order, which means he is careful, neatly arranged and also a politician with honest character. He is also consistent and dedicated in the discharge of his functions as President of the Republic of Sierra Leone.

President Koroma was also honest enough to state that he inherited a strong foundation from his predecessor, the later former President Alhaji Dr. Ahmad Tejan Kabbah, and promised to build on the foundation. In addition, the President promised to vigorously fight corruption with no sacred cows in that direction. In the fight to wipe out corruption, the first victims were the former Minister of Energy and Power, Haja Hafsatu Kabba, erstwhile Mayor of Freetown City Council (FCC), Herbert   George Williams, and former Minister of Health and Sanitation, Sheku Tejan Koroma. All of them were tried by the High Court of Sierra Leone and found guilty with fines and dismissals. While the court proceedings were in progress, I don’t think whether the President influenced any Judge to let the accused off the hook. The promise of no sacred cows was fulfilled to an extent that many public functionaries in strategic positions realised that the President is no nonsense character. He went further and reiterated that he would make Sierra Leone a global business centre. Today, the infrastructure development and the influx of foreign investors into the country that are creating job opportunities for the unemployed speak for themselves.

Now the road network from Kenema to Pendembu in the far east of Kailahun District is on course, as well as other parts of the country. Districts headquarters are undergoing serious road rehabilitations to a large extent that the Agenda for Prosperity and the Performance Contract have been adopted as a management instrument to keep Sierra Leon on an even keel.

NFF to establish in 5 more distric...