The seminar was geared towards informing media institutions on how to report issues that have to do with refugees and asylum seekers in the country.

The Senior Monitoring Officer of NaCSA, Dr. Susan Robert, in her keynote address explained the role of the media in information dissemination, noting that the media are so powerful that they can make and unmake society.

She cited examples wherein the media can fuel conflicts, such as the genocide in Rwanda which cost the lives of nearly one million Hutus and moderate Tutsis before the international community could respond to the ugly situation.

Dr. Robert admonished journalists to be cautious in reporting issues that have to do with both refugees and asylum seekers in Sierra Leone.

She maintained that NaCSA as a Government institution has been doing greatly in providing services to refugees, noting that in 2015 they embarked on sensitization campaign on refugees in Sierra Leone.

The Officer-in-Charge of UNHCR in Sierra Leone, Madam Moijama Siafa, who was one of the facilitators at the seminar, reiterated in her PowerPoint presentation that UNHCR is not recognizing Sierra Leone that has no refugee status in the world since the eleven years had been over fourteen years ago.

According to her, only a total of 1314 Liberian refugees applied for passports to return to their country of origin but only 414 of them met the refugee status.

“Providing security to the refugees is the work of the Government,” Madam Siafa stressed, adding that the time of staying in Sierra Leone under the refugee status has long been overdue for the Liberian refugees.

During her presentation, she brought out evidence of fake documents of some Liberians still parading and giving the impression to the general public that they are still enjoying the refugee status.

Madam Siafa added that they defraud people by feigning that they have the opportunity to travel to the United States of America.

At the question and answer session journalists asked several questions on how to report on refugee issues in the country.

Our Children and the Written Word 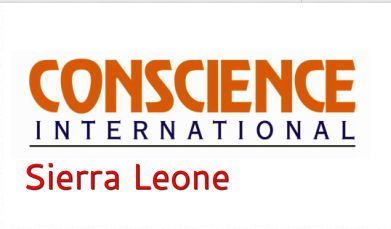