Sierra Leone down to 121 in latest FIFA Rankings 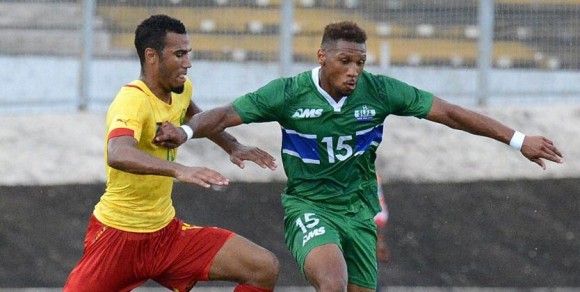 Sierra Leone down to 121 in latest FIFA Rankings

The Leone Stars, who failed to qualify to the next round of the 2018 qualifiers against Chad on the away goal rule dropped points drastically from 295 last year to 285 points in the latest tally. They are now ranked 38th in Africa.

Leone Stars are also bottom of Group I in the  2017 AFCON qualifiers, in September 2015 they played to a goalless draw against the reigning African Champions Ivory Coast.

On the continental level, Ivory Coast maintains their lead in Africa at position 19, followed by Algeria at position 28, while Ghana and Cape Verde are 33rd and 39th respectively.

Belgium maintains top spot globally followed by Argentina, Spain, Germany and Chile in an unchanged top 5 in that order.

The next global edition of the ranking will be released on February 4.

Bangura is one of Sierra Leone’s h...