700+ dead at Hajj in Saudi – No Sierra Leoneans involved 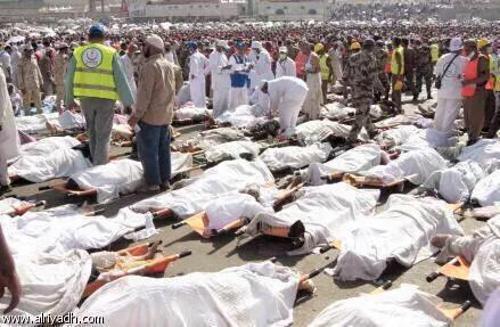 700+ dead at Hajj in Saudi – No Sierra Leoneans involved

At least 717 people have been killed and over 800 pilgrims injured in a stampede at the annual Hajj pilgrimage this morning, Saudi Arabia’s Civil Defence officials said.

They also said that the death toll continued to rise. The incident t took place on Street 204 in Mina – the street is one of the two main arteries leading through the camp to Jamarat, where pilgrims ritually stone the devil by hurling pebbles.

Sierra Leone’s Ambassador in Saudi Arabia, Alhaji M.S. Kargbo who is currently in Mina where the incident took place says there had been no report of Sierra Leoneans involved.

“The incident took place two hours after  my family and I left the place where the incident took place. We praise Allah for saving the lives of Sierra Leoneans and all other nationals who are here to perform the pilgrimage. We pray that Allah grant the dead paradise and I wish the injured a speedy recovery,” Ambassador said shortly after the incident.

Meanwhile, photographs published on the Civil Defense Twitter feed showed pilgrims lying on stretchers while emergency workers in high-visibility jackets lifted them into an ambulance.

From Ebola epidemic to flood disas...