When the Bell Goes “Clitty Clatter” 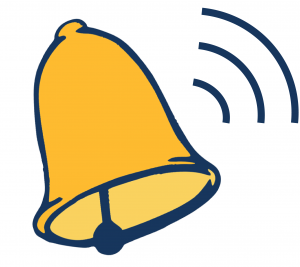 When the Bell Goes “Clitty Clatter”

The clattering sounds of the Anti-Corruption Commission are yet to be heard by the citizens of this country, given the colossal sum of showered on them by way of salary to keep them “above corruption.”

What an incongruous joke and a counter-productive reasoning by those who, in the first place, suggested such contradictory bill and, of course, those who approved it “unanimously.”

Or is it that proper reasoning had gone on leave by the time such an Act was passed? Simply put it, if one man is paid to live above corruption, does it not imply that if all others are paid thus, they will live above corruption? Is it not explicit here that, tacitly, there is the understanding that poor salaries are, to a large extent, responsible for the chronic corruption that keeps undermining the economic development of this nation?

One may not be wrong to think that ACC, itself, is aware of the unequal treatment given to the rest of the citizens of this country in terms of wages and remuneration, for which reason the chain is “selective”- true to George Orwell’s analysis of society in his political satire, Animal Farm, in which the dictum, “all animals are equal is repudiated to become, “all animals are equal but some are more equal than others.”

People are corrupt in Sierra Leone because from their salaries, they can hardly afford the good things they desire. Most Sierra Leoneans cannot afford to construct a decent house or buy from their infinitesimal salaries and to acquire such assets they need to go an extra into highly corrupt practices.

This leads us to the need to empower the private sector to absorb the retrenched qualified workers as it is no longer a secret that government workers, possibly due to their pittance pay, are more notorious for corruption than those of the private sector. Development loans can go a long way in empowering the private sector to swallow thousands of unemployed and economically impotent youths.

ACC, the bell must go “clitty clatter” so that we know the matter. Why so many ministries, ministers and deputies when the state ship keeps sinking? Some of our Ministers own fleets of vehicles but the chain does not clatter in such overt cases, why? That one is above Fitzgerald!!

Finally, why the stupendous salary? Let the ACC chain clatter for all Sierra Leoneans to also get fat salaries.

Living in Another Animal Farm?

Massive smuggling in Yenga as Guin...