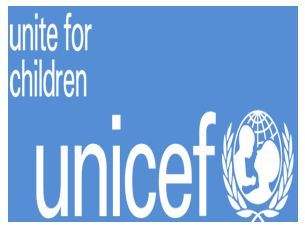 More than 16,000 children lost parents or caregivers to Ebola – many are taken in by the communities: UNICEF

FREETOWN/DAKAR, Senegal/GENEVA/NEW YORK, 6 February 2015 – Some 16,600 children are registered as having lost one or both parents, or their primary caregivers to Ebola in Guinea, Liberia and Sierra Leone, but less than 3 per cent have had to be placed outside family or community care, UNICEF said today.

“Since overcoming their initial fears and misconceptions about Ebola, families have been showing incredible support, providing care and protection for children whose parents have died,” said Manuel Fontaine, UNICEF’s Regional Director for West and Central Africa. “This shows the strength of kinship ties and the extraordinary resilience of communities at a time of great hardship.”

As of mid-January, nearly 3,600 children had lost both parents to Ebola in the three countries, while 16,600 were registered as having lost one or both parents or their primary caregiver other than their biological parents.

UNICEF has been helping identify children without parents or caregivers and providing immediate care and protection, either through extended family members, community members or foster families. In Guinea, for example, all 773 children who lost both parents have been placed with their extended families.

Children and the families looking after them are given cash and material assistance, help in accessing school, and counseling to support their emotional and psychological well-being. Following up children who are in new families is an important focus, as the children may be emotionally vulnerable as they grieve the loss of loved ones.

Unaccompanied children who may have come into physical contact with a person suffering from Ebola are provided with centre-based care while they are under observation for 21 days, the maximum incubation period of the Ebola virus. Across the three countries, the total number of such children to date has been just over 250, with over 90 per cent of them being taken into the care of extended family members shortly after the quarantine period.

UNICEF has also developed a network of Ebola survivors who have been playing an important role in supporting affected children. Because they have built up a level of resistance to the disease, survivors can interact with children who are under observation, providing them with the physical interaction “contacts” would not normally receive.

Identifying vulnerable children and providing services to them has been one of the many challenges faced in responding to the Ebola crisis in a region where social welfare and child protection were already weak before the outbreak.

“As the Ebola-affected countries head towards recovery, we should take the opportunity to improve child protection services for all vulnerable children,” said Fontaine. “We have a chance to address other forms of vulnerability that existed before the Ebola crisis, such as child marriage, child labour, sexual violence and exploitation.”

UNICEF promotes the rights and wellbeing of every child, in everything we do. Together with our partners, we work in 190 countries and territories to translate that commitment into practical action, focusing special effort on reaching the most vulnerable and excluded children, to the benefit of all children, everywhere. For more information about UNICEF and its work visit: www.unicef.org 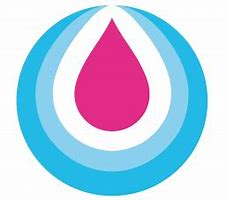