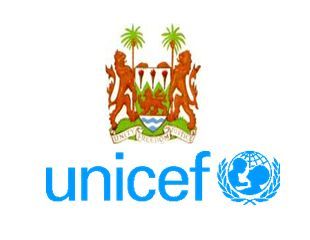 Freetown, 16 December 2014 – Today, His Excellency President Dr. Ernest Bai Koroma, opened a new Ebola Community Care Centre (CCC) in Newton, Western Area, as part of a scale up of services in the district to help stop the spread of Ebola.

“The Western Area is an Ebola hot zone,” said HE President Koroma. “The Community Care Centre provides an alternative to Ebola Treatment Units, where residents can seek diagnosis, isolation and early treatment, in a safe and protected environment close to their homes. This is the first of two centers to be established in the district.”

Funded by DFID, UNICEF – in partnership with the Government and NGOs – is constructing CCCs throughout Sierra Leone in response to the Ebola outbreak.

The CCCs are small tented structures with an 8-24 bed capacity and can separate patients with dry and wet symptoms.

The centres provide other services including: nutritional support for patients and their families; diagnoses for different diseases including malaria; psycho-social counselling; and access to safe burials teams.  The centres also spearhead social mobilization efforts to help raise awareness on how the disease is spread and to reduce stigma and fear.

UNICEF organizes and supports the training of local health workers on how to care and treat suspected Ebola patients and in turn they staff and run the facilities themselves.

“Residents seeking care will be treated by health workers whom they already know and trust,” said Roeland Monasch, UNICEF Representative in Sierra Leone. “These centres are part of the broader effort to bring care to the local level and promote community ownership in the fight against Ebola.”

Bringing services to the community level will encourage those who are sick to seek treatment as they will not have to travel long distances and will remain close to their families. This will also significantly contribute to reducing transmission rates.

Currently, there are 15 centres fully operational in the Bombali district and 11 in Tonkolili. Four more will be opened in Tonkolili and 12 in Kambia. By the end of December, there will be 42 centres across the country, providing a total bed capacity of more than 360 beds.

Eddie Turay screams with tears at...