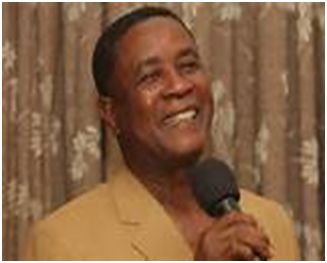 Information and Communications Minister, Alhaji Alpha Kanu has said at the official opening ceremony of the 100 beds Ebola Treatment Centre at Mathaska Port Loko district over the weekend that the Ebola outbreak has had a very big hitch on the country’s economy, divides family, kills and separate us from our loved ones.  (Photo: Minister of Information and Communications, Alhaji Alpha Kanu)

Raising the curtain for the official opening and admission of the first patients, Alhaji Alpha Kanu said the centre is the biggest structure ever had in the district, describing it as a life saver for the Port Loko district.

The Information and Communications Minister acknowledged the continued strides by the President, Dr. Ernest Bai Koroma in leading the fight to contain the pandemic, and the several appeals made in embracing the international community to aid the fight which has attracted world attention and significant contributions.

The Ebola, Alhaji Kanu said, is more than an emergency, noting that isolation has been a problem since the disease is new to Sierra Leonean and the region, but that with the increased knowledge on the virus, the social mobilization and protocol trend now led by the leadership of the country, he is optimistic that with the continued community engagement, Ebola would be defeated.

He lauded the British government and the organization GOAL as partners in development hoping that their intervention would help compliment government’s efforts in breaking the chain of transmission.

The District Medical Officer Port Loko, Dr. Adikali Kamara described Ebola as a dreadful disease, adding that a single case is a threat to the whole world. For Sierra Leone, he said, the disease is new in terms of preparedness and management, and believes that with the current commitment by the government and partners, and the positive cooperation from communities across the country their clinical intervention would not go in vain. “We had over 900 confirmed cases in Port Loko before now, conducted our first Laboratory Test on December 1, 2014, between 12th and 15th December, 32 samples tested with eight (8) positive cases, and believes with these facilities there is a ray of hope for the Port Loko district and beyond”, says Dr. Adikali Kamara.

He commended the staff at the Command Centre for doing what he referred to as a marvelous job and lauded both the medical and non-medical staff for the good work.

Dr. Kamara reiterated government’s commitment in the fight to contain the disease and thanked GOAL, DFID and the UK government for their continued support to the district, the Health Ministry, the government and people of Sierra Leone.

A conducted tour of the various facilities led by the Ebola Treatment Unit GOAL Coordinator, Fiona Gannon formed part of the opening ceremony.