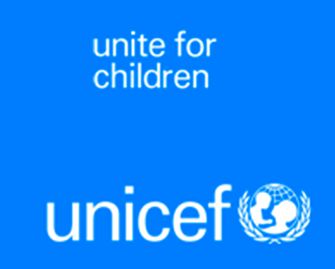 The symptoms of malaria are so similar to Ebola in its early stages – fever, headache, aching joints – it can easily be misdiagnosed as Ebola, causing confusion among patients and healthcare workers and unnecessary referrals to Ebola Treatment Units.

“Let’s not forget, malaria is the number one killer in Sierra Leone,” said Roeland Monasch, UNICEF Country Representative. “Patients who may be infected with malaria are often fearful to seek care as they may be shunned from health centres as suspected Ebola cases. People are dying in their communities for lack of diagnosis and treatment. This campaign will benefit the fight against both malaria and Ebola.”

Reducing the number of people exhibiting a high fever will result in less patients requiring screening and isolation care to eliminate Ebola as the cause of illness.

UNICEF, in partnership with The Global Fund to Fight AIDS, Tuberculosis and Malaria, Médecins Sans Frontières, WHO and Roll Back Malaria is supporting the Ministry of Health and Sanitation and the National Ebola Response Center to roll out the first round of the campaign in the Northern Province and Western Area of Sierra Leone, from 5th to 8th December. A second round of the anti-malaria drug distribution will take place in January 2015.

With funding from the German Government, over 9,300 community health workers were trained and will go door to door and help administer the drug regimen, consisting of the proven anti-malarial Artesunate and Amodiaquine (AS + AQ) tablets, to all ages 6 months and above.

Families will also be educated on the similarities of the symptoms of Ebola and malaria and the importance of taking this life-saving medicine.

“The success of the campaign will now depend on the parents and householders grasping this opportunity,” said Monasch. “The anti-malarial tablets are effective and must be taken as instructed by the health workers. In this way every citizen can play his or her part in reducing the misery and fatality caused by malaria in Sierra Leone, but also, importantly each citizen will be directly contributing to the efforts against Ebola too.”

UNICEF promotes the rights and wellbeing of every child, in everything we do. Together with our partners, we work in 190 countries and territories to translate that commitment into practical action, focusing special effort on reaching the most vulnerable and excluded children, to the benefit of all children, everywhere.

For more information about UNICEF and its work visit: www.unicef.org