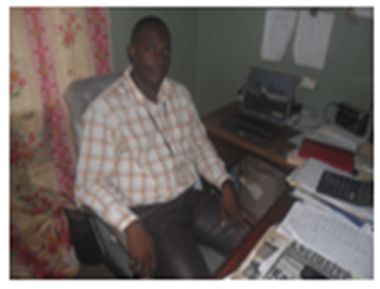 Lungi, Nov. 17 (SLENA) – Lungi in the Kaffu Bullom Chiefdom, Port Loko district is one of those communities where there is reliable service for the supply of water to the community.   (photo: SALWACO Finance Officer, Lungi, Alusine Bangura)

Certainly, the reasons cannot be unconnected with it vantage status as the host to the only International airport as well as its proximity to the national capital of Freetown.  As in the case of most other communities, sources say the beneficiaries of this facility are often reluctant to own up to their responsibility to pay their bills. Many are basking in a pattern whereby they would only wish to be serviced without performing their side of their side of the bargain which has the potential to frustrate efforts and debar the much needed service.

The Finance Officer of the Sierra Leone Water Company (SALWACO) in the Lungi area, Mr. Alusine Bangura said the principal function of SALWACO is to enhance the supply of water to the Kaffu Bullom Community through Pipe borne water and bowsers.

The Finance Officer told the Sierra Leone News Agency (SLENA) in an interview that the Lungi Station source  its water from Sanda, Banda and Sucktarr pumping stations, adding that water is being provided on alternative days- about 3 to 4 times a week. He said his Management however has problem in terms of revenue collection as only the Sierra Leone Airport Authority (SLAA), the African Minerals’ Company Limited and a few other institutions are cooperating, noting that the bulk of the beneficiaries were yet to cooperate by paying their bills regularly.

Responding on some of the strategies through which such payments could be effected, Mr. Bangura said he has been and will continue to conduct sensitization meetings even at a house to house level until they realise the need to pay their  bills.

He said even though  SLWACO  is there with a mandate to supply water at an affordable cost, the people should as well be prepared to pay for such services. The Finance Officer said it is only when people are willing to pay for the service rendered to them that his Management would be able to expand its network and sustain operations. 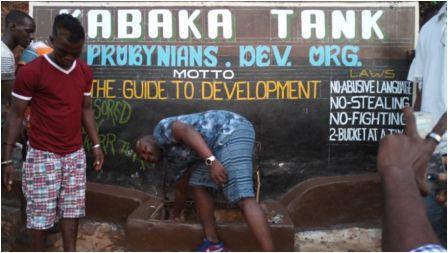