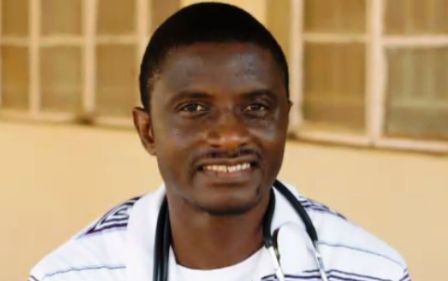 17 Nov 2014 – Surgeon Specialist, Dr. Martin Maada Salia (44) of Connaught Hospital, and lecturer at College of Medicine and Allied Health Sciences, University of Sierra Leone, on November 11th 2014, tested positive for the Ebola virus and was later flown to the USA for treatment, has died. He is the 6th Sierra Leone doctor to be infected and died after he was flown out for treatment. The previous five doctors that fell victim of Ebola have all died.

According to MOH sources, Dr. Salia requested that he be treated by only Sierra Leonean medical doctors.  His health was being handled by Dr. James Russell, Dr. Col. Foday Sahr and other doctors determined to help him beat the evil virus but their dream could not come true.

It was allegedly reported that he was first announced negative by the Chinese doctors at Jui. Something many believed caused the delay in Dr. Salia’s diagnosis of Ebola.  Later a second test by a South African laboratory at Lakka was conducted and showed that he was indeed positive.

Dr. Salia leaves behind a wife and two children who live in Maryland, USA.   His son, Maada, told NBC News last week that Salia knew the risk of working in West Africa but wanted to do his part.  “Even though he knows the sickness is already out, he decided to still go and help his people because he wanted to show that he loves his people,” the son said. “He’s really, really a hero to me.”