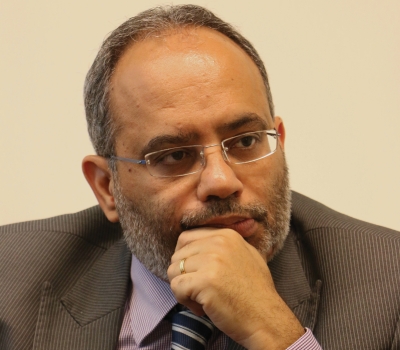 Following the launch of the 2014 Economic Report on Africa in Abuja, Nigeria, Mr. Carlos Lopes, the executive secretary of the Economic Commission for Africa, attended the New York launch of the same report. The report addresses two essential questions: what are the right policies for industrialization and what role can the private and public sectors play? In an exclusive interview with Africa Renewal’s Kingsley Ighobor, Mr. Lopes explored these issues and identified countries holding enormous industrialization potential. These are excerpts from the interview. (Photo: Carlos Lopes, Executive Secretary of the UN Economic Commission for Africa.  Photo credit: Africa Section / Bo Li

Africa Renewal: Give us a snapshot of the current state of the African economy

Carlos Lopes: The current status of the African economy is good but it’s volatile particularly in the oil and gas sector, which as you know accounts for a lot of Africa’s combined gross domestic product. We predict a 6% growth this year. We should not bank too much on the stability in the energy export front because the shale gas revolution in the US is going to change the rules of the game on energy, particularly oil and gas. The US is not going to need to import energy in the near future.

Which means oil and gas producing countries should be worried?

Yes, worried about the US market continuing to be one of their destinations.

How exactly will the US energy market be a game changer?

In about five years they will not import oil and gas. The US is poised to become a net exporter of energy. In five years, either you have an alternative market or you may be marginalized in terms of US demand.

What about increasing consumption in Africa? A rising middleclass should lead to more demand for energy.

That’s my entire point, that Africa’s industrialization centres around three big characteristics and one of them is internal markets. The second is the fact that we have renewable energy potentials. Also, our leapfrogging capabilities, technologically speaking, make the case for a green, clean industrialization. The third is that Africa’s entry tickets are its commodities.

This year’s Economic Report on Africa emphasizes “pockets of efficiency.” What does that mean?

These are segments of the global value chain created because they have the best contextual environment to thrive, for instance, textiles in Ethiopia and ICT [information and communications technology] in Kenya. I will give you the example of Morocco, which identified the aeronautic industry as a segment they could enter. They needed to adjust the school curriculum to respond to it; they needed to make sure that the right conditions—from taxation, investment incentives, to regulatory frameworks—were all lined up. Now they have 5,000 jobs in that sector.

A World Bank report last year forecast that Africa’s agribusiness could be worth $1 trillion by 2030. How do you respond to those who say that this sector doesn’t attract huge investments?

The first thing I would like to say about agriculture is that we have done a very poor job until now. There is a disincentive policy that is an impediment to higher productivity in agriculture. This is particularly true if we continue to practise, from the development aid perspective, food security and poverty reduction policies as the only entry points to dealing with agriculture. Of course I am for food security. But I do have difficulties understanding how we can pour about $1 billion into agriculture every year from development aid alone without any results. Because we still have the same yield per hectare today that we had 20 years ago.

The problem is that we are doing poverty reduction. We are not doing economic activity.

How do we reverse that?

The most important thing is to make the case for agribusiness. That’s where we are going to create modern jobs. The young people don’t want to be farmers anymore but they will be interested in modern jobs related to agriculture. It’s appalling that in Cote d’Ivoire, only 15% of consumed yoghurt is produced locally!

Isn’t it a problem that the prices for some of Africa’s commodities are determined from abroad?

What I am talking about here is slightly different, namely agro-business opportunities for African markets. Yes, agricultural subsidies in the West affect our soft commodities’ trade. But we still have the opportunities to do very well in agriculture with production that is oriented towards African markets, not for export.

Is there enough demand internally to attract farmers and investors to agribusiness?

A study done in Nigeria recently by Aliko Dangote [Nigerian billionaire businessman] found that about 80% of tomato paste was being imported from abroad. We are importing tomato paste from as far away as China! This doesn’t make any sense. There’s demand that already exists and it’s going to grow. There is a good case: one of South Africa’s largest supermarket chains, Shoprite, is expanding very aggressively in the rest of the continent. And when they went to Zambia, in their first year of operation, about 80% of their supermarket products were imported from South Africa. Five years later, they had worked deals with [Zambian] small-scale entrepreneurs to produce locally at certain standards.

Between 1970 and 2008, about $800 billion vanished from Africa due to illicit financial flows. Mo Ibrahim [Sudanese philanthropist] said last year that Africa could be losing up to $40 billion annually due to tax evasion. Isn’t there a credibility problem with Africa’s private sector?

Studies reveal that our private sector is extremely lazy in moving into manufacturing and industrial sectors. It correlates with the laziness of the banks to lend to this sector. Normally, they do business in the service area where they respond to internal demand; you can evade taxes and be informal more easily than if you had a factory because everybody can see the factory. So we don’t have to be distracted by the preferences of the private sector because they are responding to incentives. We should rather create the policy and regulatory incentives that will move them into industrialization.

The World Bank has criticized Nigeria for banning the importation of certain goods. What’s your take on that?

The World Bank is within its mandate to promote liberalization on all fronts. But all countries that have industrialized started with degrees of protectionism. We cannot practice crude protectionism anymore; we are engaged in the global debate including trade negotiations. But if we have to make the rules work for Africa, that basically means smart protectionism.

Is there not an argument that without liberalization, there will be no competition and prices of products will shoot up?

There are subsidies and protection rules that are counterproductive. In the case of Nigeria, fuel subsidies are hurting the poor and protecting a chain of corruption that has not been favourable to productivity and to economic activity. On the other hand, if we were talking about Nigeria with 16 refineries and producing the full gamut of oil-related products – from fertilizers to plastics – and then put in place legislation to protect that nascent industry so it can consolidate its position in the market, subsidies would have been a good thing.

The Nigerian government hasn’t been able to calibrate the economic implications of a fuel subsidy with the political consequences of its removal because the subsidy is popular with the people.

If people don’t trust you to remove the subsidy so that they get better education, hospitals, roads, airports and so on, the government must build trust and sometimes it has to do  so in a way that is not abrupt.

I am very hopeful for Kenya. There is a certain quality of urban, innovative youth interaction that you see in Nairobi. That is why their ICT industry is surprising us all the time with new products. As much as we are all very excited about the experiences of Ethiopia and Rwanda because of the consistency of state engagement in policy, I think in the long run Kenya has a better combination of factors even with some lack of coordination now. I think Kenya is going through a low phase that is very temporary.

I think a number of factors are going to propel Kenya. The first is when they fix their energy problem, and that is on the way. The second, there are logistical investments taking place that will make Kenya the hub for East Africa—airports, seaports, roads, rails. I would say in about three to four years’ time, Kenya will have a strong comeback. The third element is that this is a very fresh new government that came into power on the heels of a number of challenges internationally, including the Somalia insurgency and the ICC [International Criminal Court].

Mauritius is now a middle income country and Rwanda has one of the world’s fastest-growing economies. Where else in Africa could we expect good news in the coming years?

Angola is a very good example of tremendous transformation. I have no doubt that Angola is going to be a strong economy in the future. Algeria has all the elements to have a complete revolution in terms of its economic prospects. Right now in microeconomic terms, Algeria is probably the best performer on the continent because they have an incredible amount of reserves. The problem is that it has not yet managed the mix of policies that will create jobs and entrepreneurial activities. It’s too much of a state-centred economy.

How would you assess the level of commitment of African leaders to industrialization?

Last year we attracted about 600 people and a number of ministers to discuss industrialization. This year we attracted 1,800 participants and about 60 ministers of finance and governors of central banks, and a plethora of African leaders. I would say that the discussion is on track. There is momentum.

Discussion, but what about implementation?

This was not a conference that makes implementation. You are asking about commitment. So I divide commitment in phases. First you have to have a good discussion. Which means it’s now going to translate into action at the national levels.

It’s already happening. We have 10 countries that have requested the ECA to assist in industrial policy strategies. Ten out of 54 countries is small but it’s a very good beginning. I am sure that soon it will be 20. Some are not asking because they can do it by themselves, like South Africa, Nigeria, and Morocco.