Deadly Ebola…Portraying Africa as a Place of Poverty and Disease 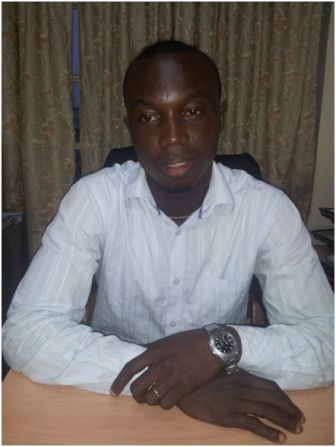 Deadly Ebola…Portraying Africa as a Place of Poverty and Disease

Ebola has dented the growth of Africa and stalled all developmental activities thereby undermining the Continent from rising. Ebola has indeed portrayed Africa as a place of poverty and disease. With more than 2,000 reported deaths from Ebola in West Africa, the virus continues to be an urgent health crisis, but it is also having a devastating impact on the economies of Guinea, Liberia and Sierra Leone.  (Photo: lkass Sannoh author)

Since its outbreak in May through Koindu, Kailahun District, Eastern Sierra Leone, the Ebola Virus Disease (EVD) has exposed the rottenness of our health sector despite the billions of Leones doled in by donor partners to resuscitate the country’s health sector. The truth is, our leaders are not honest to the people that voted them in governance. The Free Health Care Scheme was the most trumpeted flagship programme introduced by the ruling All Peoples Congress (APC) Party. Ironically, the Government of Sierra Leone claimed that they have either the fastest or one of the fastest growing economies in Sub-Sahara Africa.

The mystery beyond our comprehension is that, the Government is hugely blaming the international community for their sluggish response to help evacuate our late hero (Dr. Sheik Umar Khan) and our heroine Dr. Olivet Buck. Why must the Government of Sierra Leone blame WHO for denying them money when the country has been rated as one of the most corrupt countries in the world?

Are we blaming Ebola for corruption and maladministration? Are we going to blame the Ebola disease for shortly raking our economic reserve? Answers, although unconvincing, were provided by the Minister of Finance and Economic Development (MoFED) Dr. Kaifala Marrah during the Presidential Taskforce Media Committee meetings on Campbell Street, Freetown. He summarized the answers thus: “We are not bankrupt and therefore we have money to continue the Ebola fight until we succeed. If we were bankrupt, we cannot pay workers in the middle of the month just to keep everyone home for Three Days.

According to the International Monetary Fund (IMF) Managing Director, Christine Lagarde, the Governments of Sierra Leone, Guinea and Liberia have requested additional IMF support to help cover the acute financing needs they are facing as a result of the outbreak,” said IMF managing Director . As part of its rapid response, the IMF said on Wednesday, 17th September 2014 that its Executive Board was due to consider a proposal to give Guinea, Liberia and Sierra Leone an additional $127m (£78m, 98m Euros) to combat the economic impact of Ebola. The organisation said its staff had estimated that growth was likely to slow in all three countries because of disruption in key sectors. It estimates that the Countries will face a shortage of $300m in the next six to nine months.

According to the Minister of Agriculture, Forestry and Food Security, Dr. Sam Sesay, Sierra Leone’s economy has been deflated by 30% because of Ebola. He said President Ernest Bai Koroma revealed this staggering and depressing news to his Ministers at a Special Cabinet meeting.

“The agricultural sector is the most impacted in terms of Ebola because the majority of the people of Sierra Leone – about 66% – are farmers,” he said. “We are definitely expecting a devastating effect not only on labour availability and capacity but we are also talking about farms being abandoned by people running away from the epicenters and going to areas that don’t have the disease,” Mr Sesay added.

Nonetheless, Twelve out of 13 Districts in Sierra Leone are now affected by Ebola, although the epicenters are in the Eastern Province near the borders with Liberia and Guinea. Road blocks manned by police and military are preventing the movement of farmers and labourers as well as the supply of goods.

The Chief Coordinator for the United Nations Development Programme (UNDP), David McLachlan-Karr, thinks that the road blocks are absolutely crucial to containing the outbreak.

“A robust response to quarantining epicenters of the disease is absolutely necessary,” he said, admitting that agriculture in Sierra Leone has been brought to its knees.

“We are now coming into the planting season which means a lot of agriculture is not happening, so down the line that will create food shortages and pressures on food prices. We are starting to see a rise in inflation and pressure on the national currency as well as a shortage of foreign exchange,” he said.

The UNDP has appealed for $18m (£11m) to bolster Sierra Leone’s health system while the World Food Programme says the total cost of its emergency operations in Sierra Leone, Guinea and Liberia is $70m. In Guinea and Liberia the economic predictions may be less catastrophic but they are still worrying. The World Bank said it was expecting GDP growth in Guinea to fall from 4.5% to 3.5%.

The Liberian economy had been expected to grow by 5.9% this year but the country’s Finance Minister, Amara Konneh, said this was no longer realistic due to a slowdown in the transport and services sectors and the departure of foreign workers because of Ebola.

The of Ebola effect is adverse, commercial banks in Sierra Leone have reduced their hours of business by two hours to reduce contact with clients and the country’s tourism industry has taken a severe knock – some hotels are empty and are laying off staff. The suspension of flights are also having a detrimental effect on trade, severely limiting the ability of countries to export and import goods.

Recent examples are the closure of Cameroon’s lengthy border with Nigeria and the announcement by Kenya Airways that it is suspending flights to and from Sierra Leone and Liberia. All three West African nations are already poor countries, but the Ebola outbreak could make them even poorer. Sierra Leone and Liberia have both emerged from horrific civil wars and managed to rebuild their economies.

Liberia has been trying to revive its mining sector which before the civil war accounted for more than half its export earnings. But now there are fears that all the good work that has been achieved since those conflicts could be destroyed. There are also concerns that widespread poverty could force people to resort to criminality.

Many analysts including Teddy Foday Musa, a Disability Right Activist and Lecturer in the Department of Peace and Conflict Studies (FBC), University of Sierra Leone believes history will view the 2014 Ebola outbreak as a temporary blip rather than a permanent U-turn in the continent’s fortunes.

In Sierra Leone, productivity has dropped in sectors of the economy such as agriculture and mining as a result of quarantine measures, and because of fears about the spread of the disease. Many people are working less, and earning and spending less as a result, fuelling poverty.

According to the World Bank Group President Jim Yong Kim: “The primary cost of this tragic outbreak is in human lives and suffering, which has already been terribly difficult to bear,” adding “But our findings make clear that the sooner we get an adequate containment response and decrease the level of fear and uncertainty, the faster we can blunt Ebola’s economic impact.” 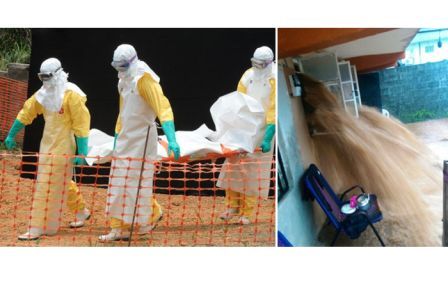