The Boomerang of Deception 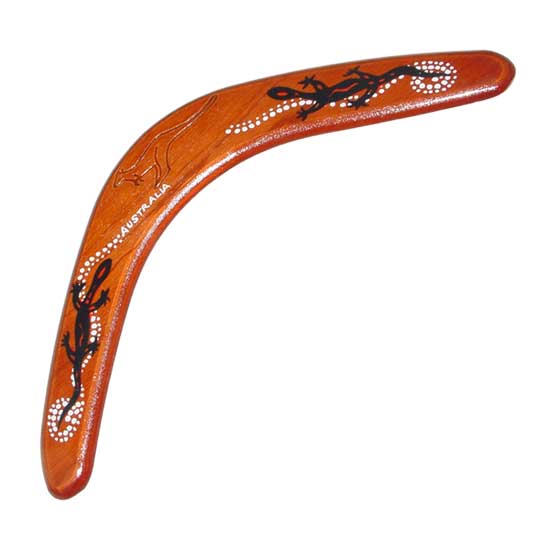 The Boomerang of Deception

The price of leadership is enormous. Of course, it will bear its own burden of distractions, some pleasant, others a little trite.

Apart from the level of illiteracy, deep-seated cultural beliefs and other sentiments, Sierra Leoneans who have been giving all the sweats and receiving none of the salt have been deceived for so long by their political leaders that convincing them of the sincerity of those in power now, is like wrestling with an alligator.

Since the government’s initial lethargic blunder to the Ebola crisis, every genial effort designed to be that of a chessboard tactician, in checkmating the opponent between the chipping blades of a deadly guillotine, has simply amounted to playing poker with the boogieman.

However, it comes to something when the whole nation is on tenterhooks wondering what next, for some numpties and old bruisers on the political stump and in government, especially those at the fore-front of the battle against Ebola, to be more interested in image laundering than the nation’s desperate battle against the scourge.

They need to appreciate the fact that no praise singing of the President, ocean-going self-righteousness and deluded guffawing will obliterate the realities of the people; neither will it help in changing their crude perception of the scenario playing out in the country right now.

If truly the government wants the co-operation and assistance of every segment of the society, then it should also learn to stoop and listen to those views that might be unpalatable but straight to the heart of the matter. It needs to review its persistent attempt to force feed the people with information which are simply designed to show that it is doing a good job when it is failing to weigh the overall anxieties of the people.

Such manoeuvrings are like when any reasonable savage mops up the blood and deny that a murder took place. It confirms the belief in some quarters that the government too often leaves the impression of being selective in most of its actions and equally detached when its terms are not the dictate.

For example, there is the story of a retired international medical personnel who went to see the Head of State in April shortly before Ebola made its grand entrance into the country and the polite dismissive response to her patriotic proactive move.

There is also the account of a newspaper publisher during the lock-down which is a true narration of the overall take of the exercise. Unfortunately in its official report, nowhere was such experiences acknowledged by the committee in charge and the public assured of steps to correct these anomalies.

Why do I need to know that the exercise achieved 80% success when its goal was 100%? The ordinary man wants to just get on with his life and clearing any obstacle on the path is what matters to him most. The measure of success will declare itself on the roads when people are free to go about their daily business.

Anyway if it achieved that much why are several areas still being restricted?

Everyone in leadership at whatever level should bury personal and political ambitions for the more compelling assignment of national restoration and recovery.

The morning-after of the Ebola crisis is still to come. It will be long and difficult. It is therefore desperately important to our future that we are acutely aware of the fragility of the complex political air of invincibility around those who lead us.

For too long and by the standards of politics, a plane load of lies have been told in a cynical mobilisation of a battered and unwitting populace to a myth of Utopia.

It is why not even the appeal of President Koroma, could change the views of the many about the doom in the land. It is why their perception is still of doubt and disbelief to the origin of the killer virus as well as to the necessity for the kind of level of co-operation required for success.

Added to this is the fact that naturally as human beings, enforced detention brings out resentment. The complete lockdown of areas in the short term is counter-productive when for example all they are getting is proxy information which is already being aired on the radio.

The paralysis disrupts economic life and affects the vibrancy of the real sector and amounts to stoking up more trouble and keeping the embers of resentment and disenchantment alight.

There are cases of people fleeing from the affected paralysis under the cover of darkness and with the connivance of security agents simply because they cannot see the point of the exercise. I am not saying they are right but they are issues that deserve more attention that template declaration of success.

Measures such as compulsorily limiting the number of passengers in public transports; the location of sanitation facilities in strategic areas etc are practically more effective and their day-to-day enforcement in public places will achieve better results.

The entire drill of imposing additional hardship on innocent citizens who have reasons to travel because of the deprivation in the land and who must move in one direction or the other if they must eat, is proving not to be worth the heavy economic and social price; in addition to the already massing toll of the dreaded Ebola calamity.

While the past does not determine the future, it signposts how events materialise and this is why acolytes of embattled President Koroma (YES. THE BUCK STOPS AT HIS DESK), need to also cut out the pretentious drivel that shows how useless they are in this present and evolving febrile atmosphere.

Their carapace of clever-by-half gimmicks, the distasteful leering behind their shadowy crowing lips as well as shameless exploitation of the ignorance of the people, emphasises the need to shape up, knuckle down and change.

In extolling the virtues of their heroic effort, those in charge blandly ascribe credits that are questionable. But then, sugar-coating statistics has always been part and parcel of our governance.

Creating the impression that the back-of-a-packet-of-fag solution has seen the virus bludgeoned into near oblivion, even though a number of others see the lockdown as a politically expedient decision to at least keep some of the wolves from the doors of those in power, is for the birds.

Truth is, Ebola has given credence to the law of unintended consequences. It is not what the government planned or wanted; but it is a startling fact of the present which has challenged those in authority to think beyond their stockade to the anxieties and dreams of those who voted them into power.

The contrasting reports on the effectiveness of the lock-down exercise, especially the determination of the government to ensure that it is garlanded in roses, amounts to playing on the emotional gizzards of the poor Sierra Leoneans.

Perhaps those who openly speak in frank disapproval of the entire project are merely being honest with the people of this country in their desire to make us face the tedious task ahead.

The point at issue here is that ideas should illuminate the path of action. A deeper reflection on the challenge at hand should at least inform their rhetoric as well as political steps.

The greatest danger of this back-slapping, is complacency and the false dawn it creates in the minds of the impressionable masses; which of course subverts the ultimate goal of the exercise; which is to contain and eventually get rid of the unwanted visitor.

Fair enough, the white rabbit trick in the fight against the Ebola intrusion has been carried out even though it exposed the economic and political fallibity of the nation’s decision makers whose often wizard ideas are not always so magic and whose record obscures a susceptibility to listless, lethargic performances.

Yes indeed, drastic situation requires drastic measures as President Koroma stated in his rallying cry but reports from the spurious exercise crowded in controversy does not really come with garlands strewn in the paths of the government. Check out the submissions of grave diggers at the Kingtom cemetery.

Similarly, pointing accusing fingers at the international community and foreign partners for not doing enough or coming to take over the country that we were acclaiming not-long-ago to have been on the cusp of El-Dorado is a submission of failure. What have they got to gain? Pretty little.

And why should they rush down to our aid? Are we not independent? What is in it for them? We need to understand that the developed world no longer has to exert itself over the prospect of winning over the developing countries, which are not so undeveloped as they used to be and especially when there is not much to gain.

How does our plight affect them? Why should they be taking paracetamol for our headache?

What the Ebola crisis, which is akin to the plagues of Egypt, has shown, is that our government needs to wake up and realise that the nation is looking for a shift to be put in on several bread and butter issues that are higher up the agenda of our lives than some of the fancy dreams cobbled together on the hoof.

I am not sure why our political leaders believe implicitly that they can always run through a hurricane and not get wet; and while it is of course obvious that this boomerang of insincerity sees them often pretending to usher in a new era that everything will be fine, the truth remains that the Ebola plague will not leave our shores as a result of some fruitless (?) exercise.

The true challenges include quality education and the provision of quality health services where hand-washing, under running water must now become a must, using mounted dispensing soap. Running water is of importance in our homes and public places as well as the eradication of the unhygienic daily practices of the average man.

The government should endeavour to encourage public toilets where those pressed with nature could easily take care of their natural desires, most especially at the Cities, Towns, and even Villages. That goes with the approval of all business or even private buildings for the provision of toilets.

With the Ebola awareness, the Health workers must attend to patients with protective gear, not selling, or keeping them in their drawers and shelves. Screening at the ports of entry must be thorough.

Despite the Government measures on Ebola; Salonians, in their private life, need to take care of their environments and drastically deviate from their contaminated ways of life while the government needs to step up to the plate and leave politics behind in preference to actual service.

It is the insincerity of our leaders which has created the nest of vipers that is poisoning the blood stream of our governance and which is boomeranging now and creating the deep gulf between the people and their followers.

Conversely, it is a great contradiction at the very heart of whatever the hell has been happening in Sierra Leone, for some apologists to submit that because of whatever situation we are in now, we should just allow the audacious snatch of the moral advantage by those in whatever level of socio-political authority; even where contradictions and political disenchantment and anger is gathering.

By doing that, we are storing up social trouble for a future political reckoning; especially after all the euphoric prosperity blather and the wilful delusion that we have been fed as well as the ritualised combat of irritably telling us misleading impressions about our leaders’ strength and omnipresence.