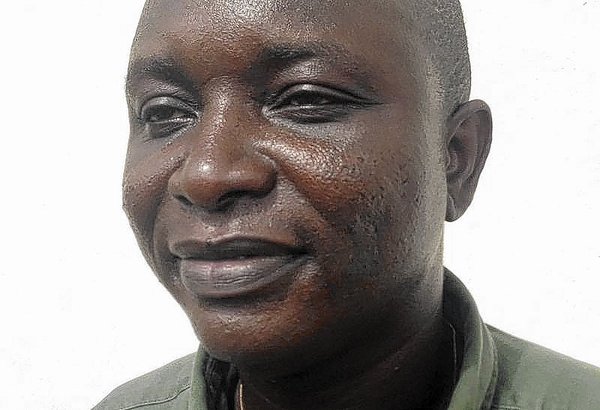 Our nation today mourned the passing of a giant medical crusader – Dr. Sheik Omar Khan who lost the battle he once fearlessly waged against the Ebola outbreak in Sierra Leone.  The Chief Ebola doctor passed away on July 29, 2014 at the Doctors Without Borders treatment center in Kailahun District. Today, we are heartbroken by the sudden loss of a ‘national hero’ who captivated our imagination and inspired our moral instinct that there are still angels and prophets among us. That we can find hope in the illuminating heart of people like Dr. Khan who made our nation less dangerous against the deadliest disease in human history.

Dr. Sheik Omar Khan may not have come from Bethlehem in Palestine or Mecca in Saudi Arabia; but he left an indelible message of human compassion, a unique character of self-sacrifice and what it means to serve humanity even if it means losing your “cherished life” as he once mentioned to reporters. Even a Sierra Leonean who had never travelled to distance shores or not find his names on international headlines before and never shake hands with Kings and Presidents could save more than 100 lives by his simple God- fearing gift of an “agape love” – a redemptive action that requires no return but genuine goodwill to all.

In the midst of this deadly virus, Dr. Sheik Umar Khan taught us what we can do as Sierra Leoneans. That we can chose to only help our families, villages, towns and tribesmen and then build a bleak future for our next generation or we can confront our challenges and fears together and save many lives while transforming our communities and nation into thriving centers of economic development. Dr. Khan’s life on this earth reveals to us: we can be a blessing to others by doing extraordinary things.

That greatness is not who is the fastest runner at the Olympic games or the winners at the battlefields, but who among us that can make the sheer sacrifice to saving others from either ruthless tyranny, extreme poverty and the fight against epidemic diseases like Ebola. Dr Khan is to the fight against Ebola Virus in Sierra Leone as Dr. Martin Luther King, Jr. was to the struggle against racial inequality and social injustice in America. Both men were anointed by God to take on an impossible task of changing the world and serving mankind. Both men did not pass the age of 39 years old.

As we mourn the passing of this great giant who led the war against the deadly invasion of Ebola from the Eastern frontiers of Sierra Leone; we should never forget that he did not die in vain. Dr. Khan’s life was the missile defense system that prevented the viral onslaught of the Ebola against our innocent people in Sierra Leone. Like the Lassa fever disease which he was also instrumental in fighting against in Kenema and Tongo; God had prepared him for bigger challenges to come. Sierra Leone could have been mercilessly overcome by the first outbreak of Ebola without the gifted hands of this fearless and courageous man.

If Dr. Khan could talk to the heath workers today who are the first responders to Ebola victims, he would say to them: my life is a lesson for you to continue the fight and we can win if we do not despair and loss faith in ourselves. And in the tragedy of diseases, our souls and characters are tested for human elevation. That pain and suffering can be redemptive and it can shake the unwanted settled behaviors to blossom to the best that good human deeds can perfect. That a world without challenges will be a place where mistakes are repeated and no lessons can be learned.

Dr. Khan’s life will be forever stenciled in our national conscience not because of how much money he may have in his bank account or the luxurious mansions he may have and the beautiful family he left behind; it is his distinct human courage and his act of unimaginable selflessness to lead us in our darkest days as a worried nation. He may not have been buried in a tomb or witnessed state funerals by the attendance of world leaders; but to many of us – he was our Nelson Mandela who led the crusade against a ferocious epidemic that still shivers the spine of an innocent people.

Like Mother Teresa of Calcutta, India who dined with people with leprosy and fed the hungry, Dr. Khan epitomized the best that Sierra Leone can be. He was the perfect soul that reminds us that our nation can be great if we show our true human character of care and compassion to one another. I can hear Dr.Khan saying to politicians today: do more to help our people. We are here on earth for a short time – open labs centers in Jui and Waterloo, train more nurses to protect themselves against the virus, do more prevention and containment. We can overcome Ebola.”

Indeed, no single life has grief-stricken a nation like the passing of a man who has shown us the way to be a humble citizen of our sovereign nation. In his death, he left behind a nation today that needs to practice his example of looking out for the most vulnerable among us. That by eradicating poverty and diseases, we can become a safer and more prosperous nation.  But such ambitious works can be achieved through the personality and character like what he has exemplified – not greed and treacherousness, ego centrism and contempt for ethnic diversity – but a Sierra Leone that produces more Dr.Sheik Omar Khans – who are not afraid to die in saving the lives of others.

May your soul rest in peace Doctor, and may God protect your family forever.

And may God bless Sierra Leone.

Stella Grant out of commonwealth g...