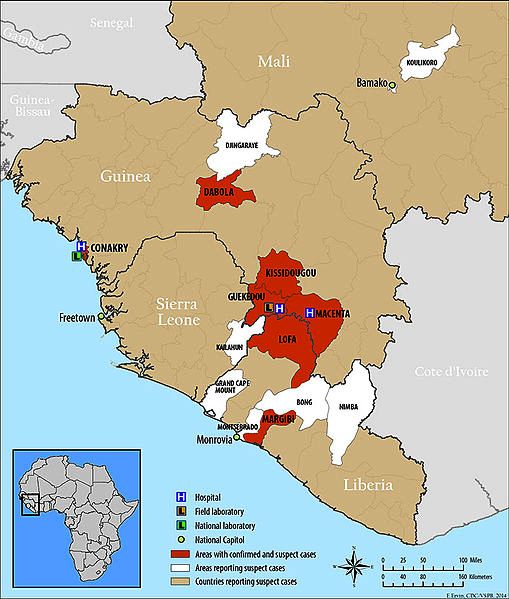 During a weekly press briefing on May 29th this year in the conference room of the Ministry of Information and Communication in Freetown, the Outreach Coordinator in the office of the Government spokesman of the Ministry Mr. Abdulai Gberatay disclosed that a suspected but unconfirmed case of the deadly and unimaginable Ebola Virus has recently been noted by officials of the Ministry of Health and Sanitation in the Sierra Leonean capital city of Freetown, west of the global map.

He disclosed that the West African sub-regional countries like Guinea, Liberia among others are equally under the threat of the Ebola Virus and that the issue has been put on priority by the World Health governing bodies that seeks to address relate issues.

It was further revealed that about 5,144 protective gears for the recent Ebola Virus have been provided by the World Health Organization (WHO) to help health officials in the care of suspected patients in this part of the world.

He also confirmed that WHO experts are expected in Freetown this week to closely work with medical teams that are stationed in different part in the country in the fight against the Ebola virus in Sierra Leone.

“Isolation wards have also been established at the Lakka hospital for referrals suspected of the scourge in Freetown and different parts of the country by the Health Ministry”, the spokesman assured.  Adding, these centres present the seriousness of the government of Sierra Leone in arresting health cases in the country.

In addition to the revelation, the Deputy Minister of Information and Communication Hon. Theo Nicol said that the Ebola virus was also alarming in other countries and that it was reported that many people in those countries lost their lives.

He also assured that in Sierra Leone’s case, the Ministry of Health and Sanitation is working relentlessly to prevent the deadly disease from escalating in the country.

He also revealed that the deadly Ebola Virus can easily be transferred and that the government of Sierra Leone with support from World Health Governing bodies is putting every care and awareness raising modalities in place to help address the issue in the country.

He called on the attention of the public to be conscious of their health and prevention care on health issues especially the recent alarming Ebola, Theo Nicol concluded.