How prawns are saving lives in Senegal 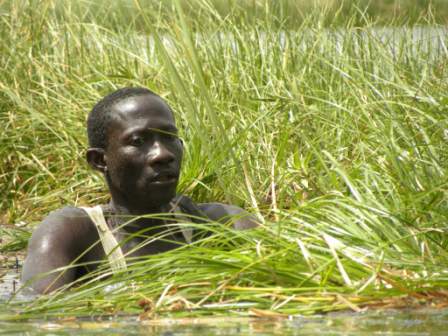 How prawns are saving lives in Senegal

Schistosomiasis is the fourth leading disease globally and the second in tropical and subtropical areas.

200m people are infected worldwide, with 200 000 dying annually. Once inside the body, the water-borne parasite stunts physical and intellectual growth, particularly in children. After years of infection, the parasite can cause organ failure and cancer and also weakens the sufferer’s immune system, making them more vulnerable to HIV, malaria and tuberculosis infections.

Lifelines: River of Hope is the story of an epidemic that shook the medical world – and it’s also an account of a remarkable and novel idea that might just halt it.

The Senegal Basin is the site of the biggest outbreak of the disease the world has ever seen. It started 30 years ago when the Diama Dam was built across the Senegal River at the point where it drains into the sea. Up to

Now Project Crevette is re-introducing prawns into the river system – and the infection rates are dropping as the predatory prawns reduce the snail population that carry schistosomiasis. The next challenge is to keep going:  without access to the sea where the prawns lay their eggs, the problem will remain. They need to build a fish ladder over the dam wall so that the prawns can migrate to breed and repopulate the entire river basin.

Alassane Ndiaye, a researcher for Project Crevette, is one of the health heroes leading the fight against schistosomiasis in the area. “When anyone gets sick in the village and needs professional attention, Alassane is the first call,” says Elizabeth Huttinger, the CEO of Project Crevette. “Alassane does everything from monitoring the prawns to monitoring the children. He hires crews of teens to do maintenance work when required, and

ensures the community’s attendance for testing and treatment dates.”

Lifelines: The Quest for Global Health highlights the work of inspiring Africans on the frontline of public health. The groundbreaking eight-part series is filmed up close as these health heroes forge dramatic breakthroughs while tackling nine of the worst diseases and conditions that afflict poor people: Guinea worm, leprosy, malaria, maternal and neonatal mortality, polio, rabies, river blindness, schistosomiasis (also known as bilharzia or snail fever), and trachoma.

For more information on the series, visit http://aje.me/lifelines or follow Lifelines on Facebook at www.facebook.com/AJlifelines or on Twitter at @AJlifelines using #healthheroes to be part of the discussion.

Beware of the political office hol... 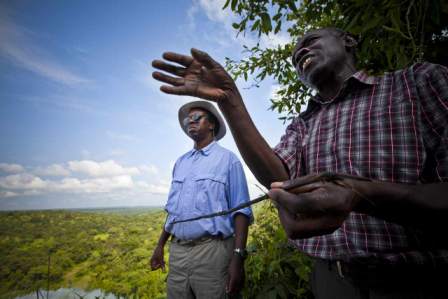 The inspiring Ugandans saving their comm...