Homepages
Your trusted place for Sierra Leone and global news
Trending News
HomeFeaturedBeware of the political office holders; they are wolves in sheep’s clothing and self-seeking adventurers

Beware of the political office holders; they are wolves in sheep’s clothing and self-seeking adventurers 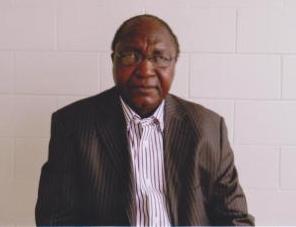 Beware of the political office holders; they are wolves in sheep’s clothing and self-seeking adventurers

Please allow me after all the baseless fear of an extended term of office for President Koroma to inject my candid opinion on the baseless rumor of an extension of President Koroma’s Term. First a personal introduction: I have never been a friend of President Koroma. On the contrary, he is a younger brother. I first met President Koroma while he was an Upper Sixth Form Student at the Magburaka Boys’ Secondary School while I was already at Fourah Bay College and we have remained so to this day. Beside this, for three good years we lived as next door neighbors at Field Road, Makeni, where we built a relationship which has lasted to this day.  I am acquainted with every member of his family and every one of them know me with the exception of the last sibbling Sylvanus Koroma Jr who I last saw as a three year old in 1972.  I want the readership to trust my opinion of the man.

President Koroma has no plans to illegally extend his presidency or manipulate the Constitution. This rumor is the work of those persons he catapulted into political offices both at home and abroad and some overzealous new members into his Cabinet who are at the bottom of all this nonsense. It is this group of persons who hatch this unpatriotic conspiracy, fearing that a lame duck president will leave them jobless when he exits the stage.

This is normal in politics. One cannot be a ‘BABADEE’ all the time. The BABABULOH too want to ‘eat’ for they too are BABOONS.  All over the world, and in all countries, there are political offices to reward party faithfuls and supporters.  US President and all his predecessors have 3,000 positions reserved for him to be filled by party stalwarts, and so is the Sierra Leone President and all or almost all have been filled.

No one can blame President Koroma if a political office holder forgot to keep something for a rainy day. They should realize that President Koroma is not President for life, just for ten years maximum.  Whether this group likes it or not, President Koroma will exit the stage and become a respectable statesman as gracefully as he rose to power. Nobody will teach him to behave crookedly to maneuver and manipulate the State constitution to incur the wrath of this nation. He values his personal self-respect unlike others who don’t care about respect.

But they got it all wrong. This President will never tolerate any end of term criticisms or invectives for the benefit of his untruthful party members. He will retire with all the dignity befitting an outgoing Head of State. He understood from 2007 when he acceded State House that he was in power initially for five years, and if he performed impressively, could have a second term.  He is in his last term, make no mistake about this. No one can change such a highly respected President into a thug.

This wrong group of advisers are political opportunists, self-centered thugs who would do anything to stay on top. Unfortunately for them, this President is exceptional. He will not succumb to any advice of persons with selfish ambitions.

What else can a man do to convince the nation about the malicious lies people are peddling around? He dispatched his Government’s spokesman Mr. Abdulai Beretay to North America to dispel the unfounded fears of an extension.  Beretay believed that his message was the truth  and would not have been part of that delegation if he knew it to be false.  Let us believe Abdulai Beretay.  President Koroma will not go for a Third Term.

But the evil minded in the APC continue to whisper the Third term proposal. The people of Sierra Leone look forward to having a new President be it from the ruling Party or the opposition SLPP.  Change is what they are looking forward to.  It wouldn’t matter which color RED or GREEN.  Mr. Beretay the spokesman is a truthful gentleman like the President and will not tell North Ameican Sierra Leoneans something he knows to be false and tarnish his image.  He went to a Christian school which teaches the virtue of TRUTH, hence its Motto of  “IN VERITATE SALUS”, meaning in truth there is always salvation.  It is often said that in politics, there is no truth. In most cases it’s true, but President Koroma will be the EXCEPTION. He has worked for us, and we must let him go with all the respect he deserves.

But President Koroma must also restrain new defectors like Robin Farley who has openly planned to start a campaign for Third Term in the South and East.  Mr. Robin Farley, tread very carefully and go slow and observe the famous Roman Latin proverb: FESTINA LENTE, meaning Make haste slowly.  I’m saying this because VERITAS ME LIBERABIT meaning, the truth will set me free.  You want to help a God-fearing Christian, who regularly reads his Bible. Therefore don’t be too much in haste; we know you want to prove something, please make haste slowly.  Most politicians, be they Christian or Moslems don’t even pray until campaign when you see them visiting these places of worship. They are all bogus Christians and Moslems.

President Koroma’s close advisers are even bent on causing a rift between his top Cabinet functionaries and himself. The president is well aware that Senior members of his political Executive are interested in the succession.  These guys have a right to manifest interest.  The enemies will tell you of suspicious campaign activities.  There is nothing suspicious.  They have a right to start to campaign now or never.  Campaign can start anytime for the earlier the better. It is the political office occupants who want to cause a rift between the President and his faithful aides. Why must they hide their intentions?  Does their campaign affect their day to day work of government?  If not why the noise?

Let us realize one fact in political life, NO President has national popularity.  It is the individual representatives from different constituencies who make up the president.  President Koroma was born and bred and well known in Makeni and not beyond.  The President can win an election in Makeni no doubt, but cannot win an election in Kabala without a local popular politician: he cannot win in Kambia, Port Loko/Lunsar, Kenema, Kono etc., without the help of local politicians.

So it will be unwise to antagonize one politician because after years of faithfully and devoted service, he eyes the Presidency when everyone knows well that the Second Term is nearing its end. It will be a recipe for a political earthquake.  The President must work to leave his party intact and work for the victory of his successor and not for its failure.  I thought his advisers will think of how to bring peace to a divided Kono district. Kono has always been a headache to the President because even his father in-law Late Abu Aiah Koroma never supported the APC led by his son in-law. He has been SLPP throughout his life but in 2002, formed his own party rather than support his son in-law. Kono is divided and therefore a headache for this President. Advise the President on how to heal and bring unity to Kono District.

Winston Churchill, Britain’s war time Prime Minister wrote in his book, “Wise men will learn from the grand lessons of history that tyranny will not last except among servile people”.

President will learn from the Olusegun Obasanjo’s failed attempt for a Third term bid. When a people have the backbone to say ‘IMPOSSIBLE’ they succeed. But a nation of cowards is a nation of slaves. Nothing is more shameful that to be forced the exit door. President Koroma will be the last President to attempt to force himself upon the people of Sierra Leone.

The fact is not only will the SLPP say ‘NO’ to it, but even the governing APC; and this is justifiable.  Nobody and I repeat, nobody will mess up this President.  He has his full senses to decide what is good for him and the nation.  What about the crisis in the Ivory Coast in which President Koroma was among the mediating team? Are all these not lessons to learn from? The President is aware that there is time for everything under the sun. The Bible tells us this as well as the Quran. He had his time to rise to power and his time to exit is approaching. He will not resist his exit without causing problems in this country. God forbid, he will retire and receive his full retirement benefits for the rest of his life:  he will emulate the shining example of Late President Kabba and become our Old Pa. I strongly advise President Koroma to give deaf ears to those political opportunists, all without exception. They want to plunge this country into another mess and some have not even been to this country in nearly 40 years. All their advice is about self-centeredness, egotism and the like. They are political peddlers whom you will not see any more once out of office.  Nobody will confuse this President to force himself on this nation. In fact I advise President to sack anyone who continues to peddle this lame idea.

On Mohamed Kamaraimba Mansaray, I urge President Koroma to silence those party office functionaries to stop their provocation of this young man. Their taunts are unhelpful to the party. This is a formidable young man not the Mohamed Bangura type.  He eyes the presidency, and we see the crowds he is galvanizing all across the country from Freetown to Makeni, Kabala and recently in Kenema.  He is not a joker but a serious contender. If your party permanently excludes him from the APC with no attempt at compromise he can cause an electoral earthquake at election time.  He may not win an election for the Presidency now but he can win a huge chunk of votes from the North and Western area in particular, and this will deny the APC victory.  In the event of a second round, he’ll throw his lot with the SLPP, and it will be easy victory for the opposition.  The young man has been APC in North America, why deny him membership at home?  Because he eyes the presidency?  He has a right to it like any other Sierra Leonean.

If the APC continues with their provocation, it’s going to be everyone’s regret and then it will be either “MEA CULPA’ or TUA CULPA’. It would have been late. Only a fool will spend his lifetime always supporting a party without the ambition of going to the top. Mohamed Mansaray is APC, Sierra Leonean and politician. If the APC rejects him, he has the option to form his own party which would be a disaster, or join the SLPP which would welcome him with open arms.  He is not broke as some have started saying.  He has a funder and has been spending money in all his travels.  I hope Comrade Osman Yansaneh will soon issue the party executive card to this young man Mohamed Mansaray.  He cannot be denied because he wants to compete for the Golden Seat. He too has a right to it.

This is my message to the President and the APC top executives.

How prawns are saving lives in Sen...

APC Will Rise Amidst SLPP’S Ploy To Dest...