Handing over the cheque and tickets Chairman Samir Hassanyeh spoke about the existing partnership between SWASAL and the company which he said continues to benefit both parties.

“We (Mercury International (SL) Limited) will continue to support SWASAL as part of our cooperate social responsibility because the company is so far satisfied with the credible and reliable manner the association is conducting its activities,” said Samir Hassanyeh.
He said both Barrie and Cole were not going to Baku to represent themselves but the entire Sierra Leone, and wished both SWASAL members ‘safe journey.’

Receiving the cash-cheque and air tickets the SWASAL President Mohamed Fajah Barrie thanked Mercury International (SL) Limited for their regular and continuous support and further noted SWASAL will always remain grateful to the company as its sole sponsor.

“The AIPS Congress is very important because it is the main forum where sports journalists discuss pertinent issues regarding their job as well as electing new executive members,” Barrie said. 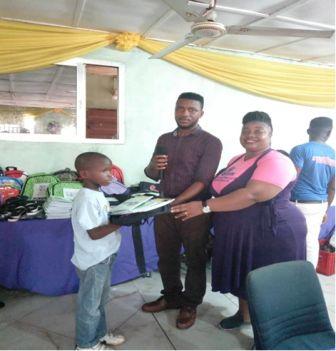