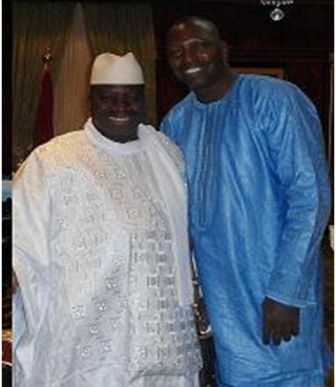 Speaking recently at State House in The Gambian capital – Banjul, President Yayah Jammeh referred to the English language as being a colonial legacy.  (Photo: Yayah Jammeh and Ralph Sawyer)

According to the Gambian President, commonly known as “Papa don’t take no mess” the use of the English language  in The Gambia as being a colonial legacy will very soon change to using a local language. He said English as the country’s official language is the language used in government and the Civil Service; for debate in the National Assembly Chambers; and in the courts; in business and it is the medium of instructions in public schools in The Gambia, as well as Institutions of higher learning such as the University of The Gambia.

During the occasion of the swearing in of Justice Ali Nawaz Chowhan, a Pakistani national, as the new Chief – Justice of The Gambia. President Jammeh among other things said that such is the worst story of colonialism . “What brought the British in the first place to The Gambia which was bigger than it is now was the trade in ivory – due to the fact the country had a lot of elephants,” he observed.

He went on to say, the Gambia by then had an island called Elephant Island and that it was the ivory that attracted the British. “They ended up wiping out the elephants and then turned around and started selling Africans,”  he said.  He added that the British instituted slavery.

President Jammeh questioned their honesty of being a teacher or an example of good governance.  “Let them send back to us what they have stolen for 400 years” he demanded.

A,ccording to Mr. President (Papa don’t  take no mess) “the only thing the British left behind is unfortunately , the English language which we are going to change very soon to a local language  because we no longer believe that for you to be a government we should speak a foreign language. We are going to speak our own native language,” he said.

It can be recalled that last year President Jammeh officially announced that hence every Friday  there will be no government work in the Gambia and added that work hours from Mondays to Thursdays,  will be extended by two hours daily ( 4:00 p.m. to 6:00 p.m,).   He cautioned that Fridays, Saturdays, and Sundays should be used to go to the farms and cultivate.

An emblem of peace and an icon of... 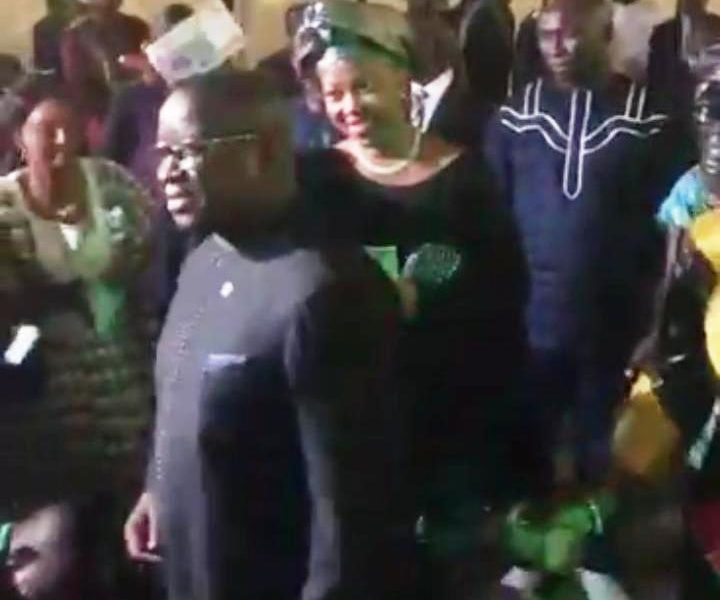 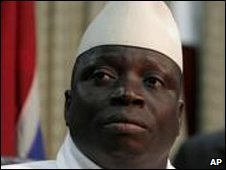 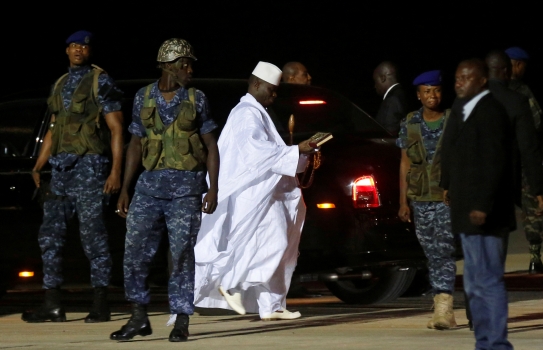