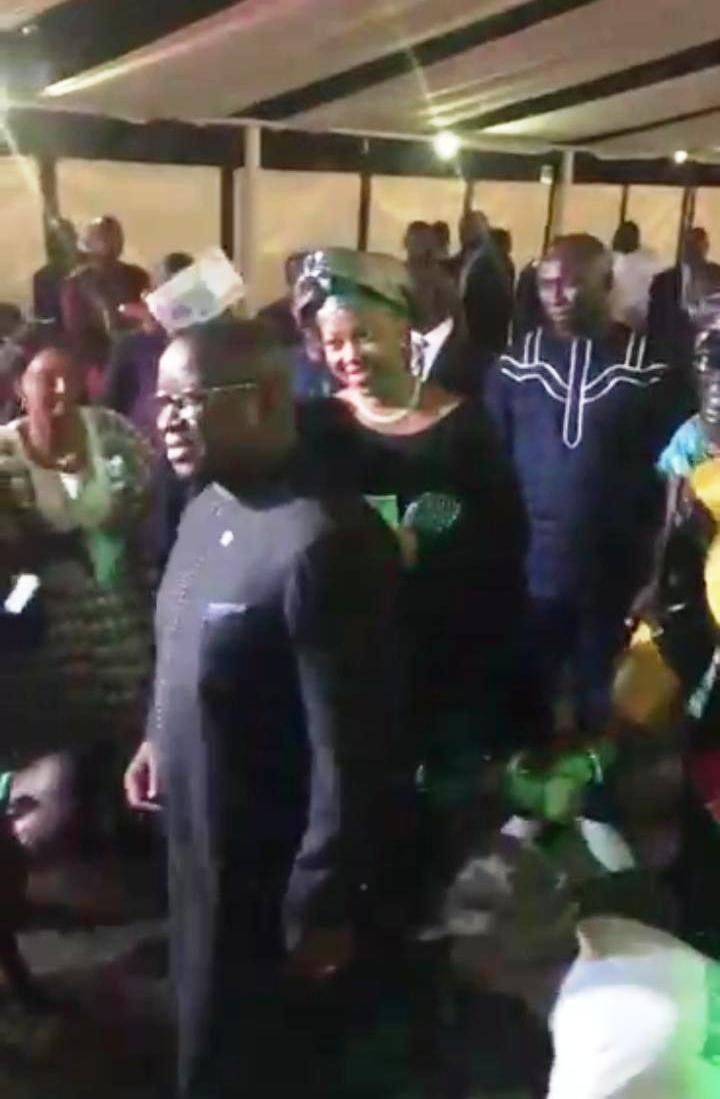 While the vast majority of Sierra Leoneans continue to struggle to have meal a day as a result of the general increase of basic food commodities like rice, flour and other essential food condiments, the President of the Republic of Sierra Leone, Retired Brigadier Julius Maada Bio and wife, Fatima Bio, are seen dancing merrily and throwing money in dollars to their admirers in the Republic of The Gambia.

The manner in which the President and wife were lavishing what many believe to be tax payers money, does not go down well with the suffering population of Sierra Leone especially those that cannot afford a meal a day.

Sierra Leoneans were praying for better changes but since the inception of the former Junta leader, there has been grumble in every part of the country as prices of basic food commodities and non-food items keep on increasing by the minute while abject poverty is not allowing the existing population to have a bright future. As a result, many are sleeping in the streets while others engaged themselves in ghetto and cartel lives to ease some of the stress and feel belong in society. “We were thinking that with the emergence of a former military man as President of this great nation, things would have changed positively but the cost of living is worsening for the layman in Sierra Leone even when the new Government of President Bio is fast approaching one year in governance”, one Mariama Sesay in Freetown told Sierra Express Media (SEM) adding that they are shocked to see the President and his wife dancing merrily and spending unnecessarily in The Gambia while poor Sierra Leoneans continue going to bed with empty stomachs because they cannot afford the huge charges involved in buying either a bag or cup of rice.

Another speaker, Mr. Yusuf Kabba who is a resident of Bo said, as a family head, he currently finds it extremely difficult to take care of his family especially to feed, clothe and send his children to school to be part of what he described as the ‘trumpeted’ Free Quality Education.

He therefore vowed to vote against the Paopa led SLPP Government of Julius Maada Bio come the 2023 Presidential election if the impunities which are disturbing the normal and peaceful co-existent of  citizens are not addressed.

A bread baker, Bailor Barrie, said he would stop baking because according to him they are doing business to maximize profit not to run at a loss.

Sierra Leoneans are therefore calling on President Bio and First Lady, Fatima Bio to have passion for the poor people of this country because they gave them power to address the burning issues affecting them.

In Sierra Leone: Unwarranted and F...