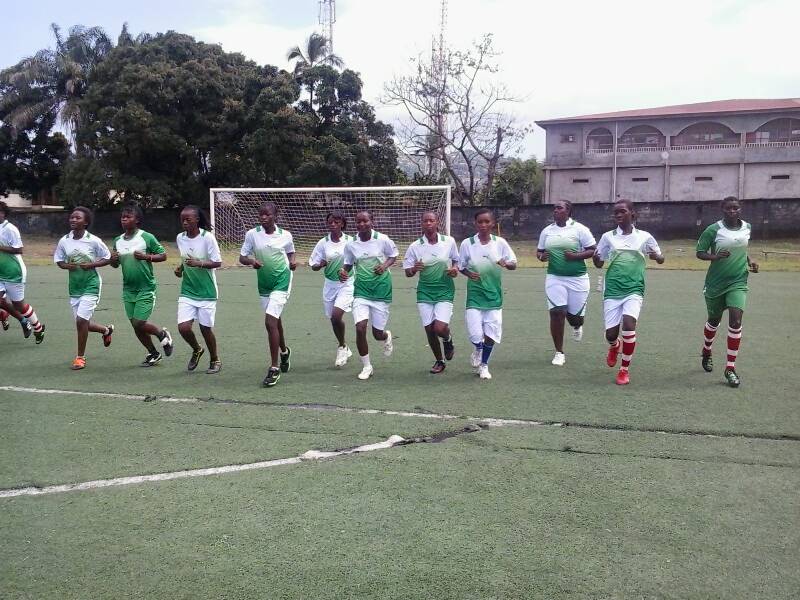 To mark this year’s International Women’s Day in Sierra Leone, the national women’s football team, Sierra Queens will on Saturday, March 8 host their Liberian counterpart in a friendly encounter at the Wusum Grounds in Makeni City, Bombali district.

The encounter was as a result of the FA President, Madam Isha Johansen’s presentation on the status of women’s football in Sierra Leone at a FIFA meeting some three weeks back. Her touching revelation moved not only the FIFA hierarchy but also FAs’ representatives at the meeting; with some of them shedding tears when they heard about what women and children in Sierra Leone had gone through during the 11-year civil war.

“Some of these women and girls playing football in the country now, have a sad story to tell. Some had been victims of abduction, rape or some form of brutality while others witnessed their parents, siblings or other family members murdered in cold blood. Though, it’s a sad story, these women and girls decided to move on and its through football they think they can make a future, so we have to; in our own way, help them find a good footing for a brighter prospect,” Mrs. Johansen told FIFA.

The 34-man Liberia contingent will be arriving in Makeni City on Thursday March 6 and will depart for Freetown on Sunday March 9 to attend a dinner that will be hosted by the United States Deputy Ambassador to Sierra Leone, who is also a member of the Female Football Committee of the Sierra Leone Football Association (SLFA).

A FIFA TV/Camera crew will also be in attendance at the Wusum Grounds as they will be working on a documentary in relations to the development  of women’s football in Sierra Leone.

The match will be preceded by a grassroots festival which will involve 200 girls from 10 schools within the Makeni City.

Njala students on tour at Gbalamuy...