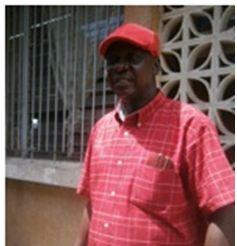 Residents and visitors of Freetown are experiencing a new sigh of relief owing to the big New Year change the Freetown City Council (FCC) is effecting by clearing traders off the main streets and the rights of way in the central business district.

This change has made the central business district and the major streets free and safer for the movement of pedestrians and vehicles.

The sentiments have been positive, so far, from the people calling the initiative ‘a development in the right direction’ enhanced by the municipal council to rebrand the image of West Africa’s oldest capital city.

It may be recalled that in the past street traders have become more defiant and dismissive of the attempts by authorities to remove them from the main streets of Freetown.

This illegal enterprise has become so rampant that from St. John in the centre of town right down to the far east of the city, petty traders have taken over every available footpath, forcing pedestrians to battle with the fleet of vehicles and motor bikes, being the main cause for frequent accidents of late.

Controlling street trading in Freetown has not been easy for successive regimes of the FCC. Former Mayor Herbert George Williams made frantic attempts during his term to rid the central business district streets of petty traders but failed woefully.

When recently the present Mayor attempted to remove them, the traders took to the streets and started shouting that this was not the ‘four for four’ they voted for, so the issue of relocating them was postponed.

However, many people believe that this time, petty traders will be dislodged from their trading posts along the main streets such as Siaka Stevens, Wilberforce, Sani Abacha, Goderich, Regent, Lumley, Free, Short, ECOWAS and Sackville.

Skeptics however maintain that this exercise is mere window dressing as the traders will only leave the streets for a while then they will return.

However, a FCC official maintains that this time round they mean business and they are going to remove the traders from the streets and make sure that they never return there again.

By Abdulia Bangura and Jennifer Kanneh