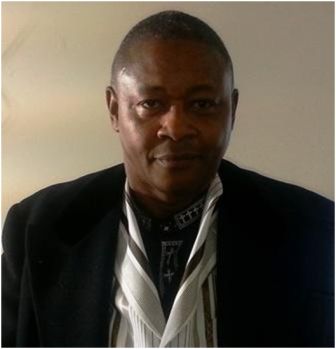 Reverend James G. S. Kabangai, a resident of Philadelphia, Pennsylvania, member of the Delaware Valley Chapter, in his introduction emphasized that no one will talk about Unity or Peace and Reconciliation without identifying the problem. In leading the Christian prayers with focus on Truth and Reconciliation, the Rev. Kabangai considered the sources of the conflict, the solutions to the conflict and the way forward to Unity, Peace, and Reconciliation.

Sources of the conflict

In his narrative, the Reverend stated that, the SLPP problem originated from the convention held in 2005 at the heart of Makeni. He pointed out that only God knows the source of what happened, what was buried and sacrificed against the Party. As of that day, FEAR over took the core members of the body of the SLPP, that is, the fear of being thought of as less, losing influence, and what others might think and the fear of lack of trust. Rhetorically he asked the question, what is the behavior at the source of the conflict?

Reverend Kabangai’s question led him to Hypocrisy, which was another source of conflict. He reiterated that, “ what genuinely makes hypocrisy hurtful to people and discredits any type of organization is when you have so many lip services and not many genuine people, God fearing, but only think of themselves and pockets without love of and for the organization”, a characteristic that has plagued the SLPP.

Another source of the conflict he explained is “Legalism”, in which the SLPP requires adherence to an external set of standard to the letter. He opined that the issue about politics is the love for your people, community and country, and that the twisted legalistic standards, which come not from heart and love of the Party but the desires of men.

Solutions to the conflict

Reverend Kabangai described and analyzed three solutions to the conflict which included Confrontation, Truth, and Reconciliation.

With all eyes on the Reverend, he stated “that many of us fear confrontation, but when there are genuine problems in the organization, we have the responsibility to begin the process of healing by confronting the issues; and to be sure to be on the right side of the issue, doing it in love and with Truth”.

Dwelling on Truth as his second solution to conflict, he advised the SLPP that before delving into confrontation, study the truth, understand the truth, and not just to construct a good argument. He asked that when Mr. Charles Margai lost the Flag Bearer ship to Mr. Solomon Berewah  and then Mr. Margai opted out of the party was there concern, care and love to come together to talk to him? Out of the Le 50 million paid by 19 candidates was there any accountability, when United Nations gave each party 2 vehicles each during campaign and the Chairman took one for himself and gave one to the Secretary without consulting the Flag Bearer, was there any correction in saying the truth from members in that situation?

Reverend Kabangai reminded the SLPP about their slogan “One Country One People” and let the stronger hands always take hold of the weak. He cautioned that “One country, One People, the only way forward and power to the people with malice, envy, jealousy, hatred, without unity, brotherly love, forgiveness, and genuine reconciliation, putting all the ugly behind, SLPP will never again rule in your own life time.”

He admonished all that politics minus God gives birth to selfishness, greed, deception, confusion, and heartlessness. In a very humble spirit he appealed to all that, they cannot see with their naked eyes to verify what befell the Party in 2005 Makeni Convention, “let us seek the face of God from the religious practices (Muslim and Christian) for at least 3-7 days of fasting and prayers as commanded by God in the book of 2 Chronicles 7:14-15.

Live performance by Mr. Osman Panda, Vote of thanks by Mrs. Isatu Dainkeh Timbo and palatable dishes by the Women all added glamour and taste to the occasion.

To God be the glory.