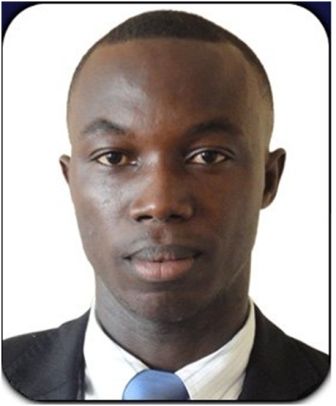 Against all odds Sierra Leone is making a staggered change from the doldrums of a decade civil war through peace, good governance and democratization to laying a true foundation for the country’s development.

When Sierra Leone achieved Independence on 27th April 1961 the country was alive and kicking. The country was indeed a bustling community. The political landscape expressed in the political economic, social and cultural institutions were in full operation with little to complain about. Importantly, life was alright for the average citizen.

After 50 years and counting in the post Independence era, it is amazing that Sierra Leoneans are worse off today than they were during the imperial rule. Well-meaning Sierra Leoneans will confirm that the antecedents that precipitated the decade brutal war are evident in Sierra Leone today. Indeed, crisis with different nomenclatures are still looming over the country. It is an open secret that every Sierra Leonean, from the doom witted to the genius, has an opinion about the present state of the nation and they accentuate their opinions everywhere and at any time. However, the demise of one party dictatorial rule under the stringent control of the All Peoples Congress (APC) headed by both late Presidents Siaka Probyn Stevens and Joseph Saidu Momoh saw the emergence of multi party political system in the early 90s.

The more than two decade one party rule by the APC has been described by many authors and schools of thought as one of economic decadence and bad governance. Despite the ‘Strong Man’ politics instituted by president Stevens, in December 1980 the governor of the central bank, Sam Bangura, objected to what he referred to as Stevens’ plans to pocket a large portion of Libya’s $5 million contribution toward paying the costs of the Organisation of African Unity (OAU) summit. Bangura was found dead outside his mansion. Police at first called his death suicide, but after an outcry they charged a 17-year-old girl, two gardeners and a night watchman with his murder. Unfortunately, President Momoh, who took political power from 1985, was overthrown in 1992 by some young cadet officers led by Captain Valentine Esegrabo Melvin Strasser. The Junta rule, which was accepted with euphoria, lasted for about three and half years, to give in to democratic governance. It is noted therefore that the handing over of the political power by retired Brigadier Julius Maada Bio in 1996 to former President Ahmed Tejan Kabbah ushered in multi party democracy in Sierra Leone. Pa. Kabbah, as he is fondly called, ruled for 11 years with two interregna until the 2007 Presidential, Parliamentary elections that changed the hands of government from the Sierra Leone Peoples Party (SLPP) to the APC led Ernest Bai Koroma government.

From a non-political platform, Pa Kabba’s SLPP government which was criticized and bashed during the 2012 elections campaign trail for doing nothing, is popularly remembered for ending the brutal civil war as well as bringing peace to the nation.

With solemn retrospect, the slogan ‘WAR DON DON’ was ascribed to Pa Kabba. The establishment of institutions such as the Anti-Corruption Commission, NASSIT, NaCSA, National Revenue Authority, to name but a few, which are proudly now being used by the current government as part of their institutional development, are legacies of the SLPP government. Also the ‘Sababu Education Project’ designed by Dr. Alpha Tejan Wurie (former Minister of Education, Youth and Sports in the SLPP era) provided free education at primary level, Basic Education Certificate Examination (BECE) and West Africa Senior School Certificate Examination (WASCE) levels for all pupils devoid of political affiliation, regional and ethnic background.

Quoting the former president Kabbah in extension: ‘My government inherited a public debt of 1.6 billion. With stringent financial practice, today we enjoy total debt relief and over Le 500 billion at the Central Bank for use by your government.’ This was the last address in 2007 to the nation before officially handing over the presidential staff to President Ernest Bai Koroma.

The aforementioned are enough grounds to state that the SLPP did something good for national development even though they were vehemently denied by the ruling APC in order to gain political scores. In spite of the noticeable contradictions, the smooth conduct of the 1996, 2002, 2007 and 2012 national elections is an attestation to the realization that the jinx of national impediments is a task, which the entire citizenry need to confront in unison. The conduct of these democratic elections made Sierra Leone graduated from a fragile state to a low income. This, according to the IMF Country Representative, Dr. Francis Y. Kumah, was because since the end of the brutal civil war, four democratic elections have been conducted amidst non-violence and political tolerance. No doubt that the underlying political instability that could be translated into economic instability was a key reason for a state to be described as fragile. This could be a big tap on every Sierra Leonean’s back.

Moreover, the SLPP, which is now the strongest opposition to the ruling APC and the only opposition party represented in the fourth session of the Republic of Sierra Leone Parliament, is hell bent on opposing the APC government for failure to deliver comprehensively. This message sends a far reaching signal that the country’s democracy is growing competitively. If truth being told, our politicians are not only dishonest to themselves, but insincere to the people they serve. To say the least even if the opposition parties are finding it difficult to commend , their leadership must be sincere to commend the ruling government for not only achieving Goal 4- Reduce child mortality rate but for also equally stabilizing the HIV prevalence at 1.5% over a 4 year period. This political will made Sierra Leone won the 2010 MDG Award for the effort and commitment as a nation to address HIV/AIDS. Importantly, Sierra Leone and Zimbabwe in January 2013 represented Africa on the United Nations AIDS Programme Coordination Board for the next three years. This Board is the highest decision making body for the global response to HIV/AIDS.

Irrespective of these giant strides, President Koroma in his new cabinet neglected the women even though he laboriously spoke of promoting gender equality and women’s empowerment. Regrettably, only two full serving Ministerial positions are being occupied by women, i.e, Mrs. Diana Kabba – Minister of Local Government and Rural Development and Madam Miatta Kargbo – Minister of Health and Sanitation.

In welcoming 2014, what are the expectations of Sierra Leoneans who voted in President Koroma for a second term? Not this disabled and recycling type of Cabinet. The current status of the country is a mess considering the unabated hardship and high youth unemployment. Majority of those who re-elected President Koroma are today in pain because their votes landed them in a regretful boat.

On Friday 4th January, 2013 at his State House Office derided the Okada riders and the traders without taking into account the poor market facility provided at the Sewa Ground and other parts of the city. Majority of Sierra Leoneans are today not happy with President Koroma because, they claimed he has diverted his genuine intentions at the expense of the ordinary man in the street.

No wonder Emmerson Bockarie has taken the lead by telling President Koroma that Sierra Leoneans are not impressed with his leadership. The Voiceless has deliberately refused not to give a comprehensive analysis of the current consolation album – Home & Away by Emmerson, this is because The Voiceless wanted to critically analyse song No.4  Kokobeh. Indeed, the late reggae musician, Amara Kabba, in his debut album – ‘Confront It’, prophesised that a man of truth shall come who will be a prophet and a redeemer of the people and he shall conquer evil. But Emmerson himself asks: U DAT THE BE THE NEXT SAVIOUR?

To crown it all, government itself is continuity. It should be emphasized that the two traditional parties (SLPP and APC) have contributed meaningfully to the development of the country. At the same time they have flouted the 1991 constitution to their own advantages as well as making so many errors in the governance of the country. As we dwell in the second term of President Koroma, where the future of mama Salone lies?. Should we continue to sit idly and see the governance of the country being misdirected by the current government? Those who have ears must start to listen and those who have good eye-sight must stand tall to see afar for the future of Mama Salone is still dark.

Let me use this God-giving opportunity to thank the media for publishing the Voice of the Ordinary Sierra Leonean.  This is The Pen of the Voiceless Sierra Leoneans.

Pen of The Voiceless, With Elkass I.L. Sannoh