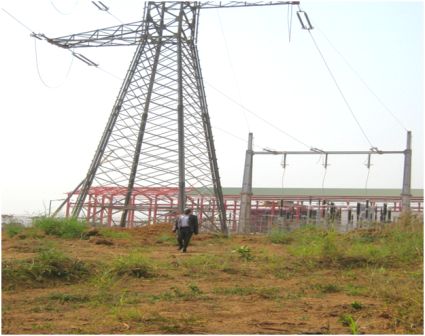 The ADDAX Bio-Energy (SL) is set  to provide about 15 megawatts of electricity supply to the National Power Authority (NAP) through the Ministry of Energy, by 24 January this year, sources have said.

ADDAX Bio-Energy is comprised of ethanol, sugar and energy generation components. The Company is primarily focused on the production of ethanol and sugar out of sugar cane. The remains of the sugar cane will be used as bagas for energy production through steel boilers to steam gas.

The project covers a total distance of about 13.8 kilometers from the Company’s operational point through Fullah Town, close to the northern city of Makeni for connection with the main Bunbuna high power tension cables.

In a snap interview during a site visit to the Company’s operational point at Mabilafu, the Consultant and Supervising Engineer of the Project Implementation and Management Unit in the Energy Ministry, Dr. E.D. Wuseni said that, this is the most modern and second largest bagas complex in Africa after Zimbabwe.

Dr. Wuseni further technically explained that, at this initial stage, about 2 megawatts of electricity supply from the Bumbuna hydro dam  will be temporarily supplied to ADDAX for a short period of time only to kick start what he referred to as the parallel sugar cane harvest., In less than 4-5 years of the Company’s operations, it will be able to reserve what he called, adequate bagas for  sustainable yearly power supplies.

The Consultant further assured that the Company will be selling the generated power to the National Power Authority (NPA) at a very minimal cost, as part of its efforts to compliment government efforts in the energy sector. In other words; the Consultant seized the opportunity to inform doubtful and concerned citizens that over the years, Bumbuna has been providing about 25 megawatts to the capital of Freetown, out of which he furthered, only 18 megawatts has been in use. This is because of what he called; the lack of enough functional transformers in some parts of the capital of Freetown for efficiency and sustainability, despite the risks of the very many naked copper cables in Freetown.

Regardless the Consultant’s guarantee of connecting small and bigger towns with electricity in the near future,  the Company; it is learned, has suffered numerous thefts of utilities and equipments by ill motivated individuals. A typical example is the recent theft of an expensive aluminum metals  meant for the electric towers. Gradually, some of the aspersions and perceptions of the locals and the ordinary man who have been  seeing  the ADDAX Bio-Energy operations as unfair to their livelihood, have begun understanding by blaming some of their local authorities as well as government functionaries for what many see as improper and unfair contractual agreement.