SLFA to set up Trust Fund for Veterans 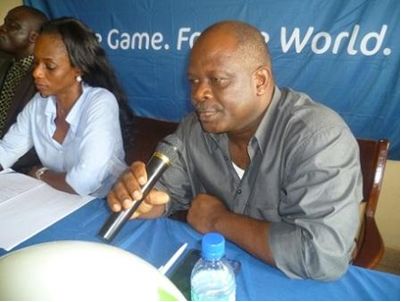 SLFA to set up Trust Fund for Veterans

The President of the Sierra Leone Football Isha Johansen has said that her executive will look after former national team players who are forty years and over during her tenure by setting up a trust fund for veterans.

Sierra Leone is a country where veterans and heroes in all facets of life are not recognized and respected; even the football veterans have not been spared. They have been treated as distant actors and worse off, erased completely from the history pages and books of the sport they played or the association they represented. They have been left to depend on individuals with greater financial muscles to take care of them from time to time and though some may say their predicament is by their own design, others would say those who played and administered football in the 60’s, 70’s and 80’s in Sierra Leone basked in the leisure and social congregation rather than the business aspect.

Few like former Leone Stars lethal marksman Kama ”The King” Dumbuya, have been fortunate to be absorbed into football club settings where they are catered for and at least given a stipend at the end of the month to meet their most basic needs. Even though they have an association which was formed to primordially seek their welfare, and garner recognition, most of them are still being treated with disdain, derision, condescension and utter disregard.

“But under my administration there is going to be a paradigm shift because the veterans are going to be catered for, acknowledged, recognized, upgraded and incorporated into the system to help strengthen clubs and create a window of opportunity for them to share their experience and give tips and advice to the younger generation of players” , she added.

With respect to the trust fund the FA President added “I believe that people, who have made meaningful contributions to our society, should be accorded with due respect and acknowledgment. However, the FA can only extend that which it can afford both financially and otherwise. I have recommended to the Premier League Board a proposal wherein a percentage of all premier league match gate takings will go towards the Veteran trust fund. And in order to ensure transparency, accountability and direct control of the funds, the veteran themselves will appoint members to oversee the fund, but with a caution that overtures can sometimes be abused or misconstrued and because it is not mandatory, the FA has to be careful and deliberate in what we initiate as an incentive or extension of the FA.”

The President however stressed that the Veterans should also find other ways and means of raising funds to manage their affairs.

Mrs. Johansen said ” The FA is going to issue veterans forty years and older, a generic pass with VIP status which will grant them access to all SLFA matches (Premier League, FA and Ladies Cup) and free access to all Leone Stars home matches. In the past unfortunately, veterans had to lobby for tickets and invitations to matches and or events hosted by the FA and would clamor fruitlessly to only be told at the end that there are not enough passes for them. The FA will completely make such occurrences a thing of the past by generating an atmosphere and ambiance of respect around our heroes; the men who laid the foundation of football in Sierra Leone.”

Already, veterans Vice President one Brima M. Kamara, Technical Director John Jebbor Sherrington and Football Ambassador Lamin” Junior Tumbu” Conteh are part of the football association set up. Also a few others have been invited to the standing Committees of the FA, but that’s a tear drop in the ocean as far as the number of former national team players for the past five decades are concerned.

“Again the question of overstepping boundaries comes into question because not every veteran can or wants to be a Coach, therefore neither the FA or the Veterans should focus on the area of Coaching as an answer to solving their needs.

Therefore the grand plan of the FA is to increase that number by bringing in veterans with the requisite skill, qualification and experience to give professional and technical support to the administration and various categories of National Teams with particular reference to the National home based side which my administration considers a project for the next four years, Isha Johansen added.

Emmerson`s new album on course to...