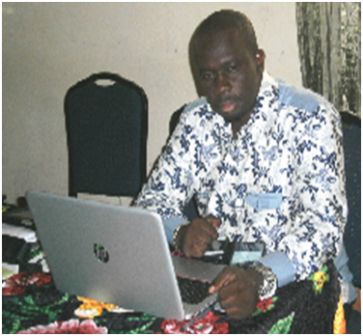 However, there are anticipated to be optimistic environmental impact through the project’s support for agricultural technologies that promote better use of land and water resources.

When asked about the early formation of Grievance Redress Committees in the different chiefdoms right down to the various communities in the rural settings where this project will or is being implemented, WAAPP Deputy Project Coordinator, Sulaiman S. Sesay stated that WAAPP is committed to enhancing opportunities for future grievance redress, collaborative problem solving, and alternative dispute resolution on the projects it supports.

Early formation and training of committees in almost all the chiefdoms in Sierra Leone to effectively address grievances from people impacted by WAAPP projects is a core component of managing operational risk.

Grievance Redress Mechanisms (GRMs) when established before seriously taking off in any project implementation can be an effective tool for early identification, assessment, and resolution of complaints on projects. Understanding when and how a GRM operates may improve project outcomes and can help both project teams and beneficiaries improve results during and after implementation.

Mr. Sheik A. Rogers, Monitoring and Evaluation Officer of WAAPP and RPSDP (both of which are World Bank/ GOSL projects), who led the training few days for the various actors to be involved in the nation-wide consultative process explained to the people that the Rokupr Agricultural Research Center (RARC), National Center of Specialization (NCoS) are located near mangrove areas and observed that its field research activities may have environmental impact and that this may also affect other activities to be undertaken by WAAPP.

It is against this background and in compliance with the World Bank Safeguard Policies that the need for the establishment of a Grievance Redress Mechanism (GRM) to provide a transparent and accessible window through which affected people can channel their complaints for amicable resolution, was established.

The proposed Grievance Redress Mechanism (GRM) will be informed by developing a nation-wide consultative process whose work is now in progress involving all the key stakeholders that are concerned in the implementation of WAAPP, including representatives of farmer groups, Extension Officers, researchers/scientists, and staff of the Project Sub Units of the Rural and Private Sector Development Project.

On the importance of the three-day exercise in Bo city, Mr. Rogers articulated that the main objectives of the process are (1) to conduct refresher training of key leading edge actors–project personnel and extension officers and (2) hold district consultations with representatives of the 73 innovation platforms and 243 seed multiplication sites established in collaboration with MAFFS extension, with project support.

He further stated that the specific objectives were refresher training of RPSDP field staff and Extension Officers on the mechanics of Grievance Redress Mechanisms; conversation on the scope and design of WAAPP with RPSDP field staff; consultations with representatives of farmer groups that constitute the 73 Innovation Platforms and 243 Seed Multiplication Sites established on the need for GRM and identification of potential areas for grievance;

He continued that other objectives are sensitization of Scientists/Researchers on the concept of GRM and identification of potential areas of grievance from project’s interventions as well as planning for district consultations on GRM adding that it would also inform the development of a GRM handbook for WAAPP and the overall implementation arrangements for the consultations which has stated.

According to Mr. Dan S. Fornah, Project Development and Management Officer, SLARI, enlightened that many major infrastructural projects in the sub-region of West Africa are stalled due to disputes over land, water or labor issues stressing that the costs of ignoring such disputes—or responding too late—are high.

He further underscored that the training is a foundation characteristic of an effective grievance mechanism which has the ability to identify inconsequential community incidents before they escalate into insurmountable disputes underlining “this is especially important for development projects where support from impacted communities are critical to success.”

The WAAPP team is stressing the fact that among many tools that enable gathering of project beneficiaries’ concerns and solving them are Grievance Redress Mechanisms (GRMs).

Although the mechanisms themselves are not new to the WAAPP and RPSDP staff which includes Mr. Peter M. Kaindaneh, Project Coordinator, Mrs. Small, Financial Management Specialist, Alhassan Salifu, Procurement Specialist to name but few, both teams are increasingly encouraging their staff to systematically include GRMs in their day-to-day project activities in order to increase beneficiaries’ participation, solve project-related disputes and ensure that projects achieve their intended results.

As such, GRMs have been a topic of debate among other projects staff.  GRMs are also called dispute resolution and conflict management/resolution mechanisms and they are considered to be one of several social accountability mechanisms.

The topic is, therefore, not only timely at the WAAPP level but should also be of interest to development practitioners, Extension Officers and others generally.

According to Dr. I .M .O Shamie, Director of Crops in the Ministry of Agriculture, the approach proposes three interlinked steps: (i) a risk-based assessment of potential grievances, disputes or conflicts that may arise during project preparation and implementation; (ii) identification of the beneficiaries’ existing capacity for grievance redress and (iii) an action plan that identifies priority areas for strengthening grievance capacity, or if necessary, establishing new mechanisms at the project level.

He concluded, “I think WAAPP has a very good starting point.”