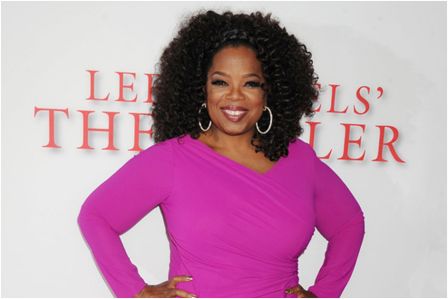 Oprah Winfrey’s fiancé is preparing for them to finally marry, more than 20 years after they got engaged, after they made an emotional trip to Nelson Mandela’s funeral together.

The talk show legend originally agreed to Stedman Graham’s proposal in 1992 after six years of dating and he is now planning to ask her a second time, spurred by an emotional trip to South African political figure Nelson Mandela’s funeral on December 15.

A source told National Enquirer magazine: “It was a highly emotional journey for Oprah, who loved Mandela and everything he stood for. During this time of grief there was only one person in the world she turned to – her Stedman.

“It was a spiritual mission and Stedman held her close during the funeral service. He realised right then and there he wanted to spend the rest of his life with Oprah as a married couple,” the source continued.

Friends have been urging motivational speaker Stedman to ask Oprah to marry him again on her 60th birthday, this January.

The source added: “Stedman feels the two are soul mates, they’ve lasted together this long and should finally make it official. Stedman also realised that when their days end, he wants to be buried next to Oprah and knows that will only happen if they wed.”

Memory Markers for the Dead of Yesterday