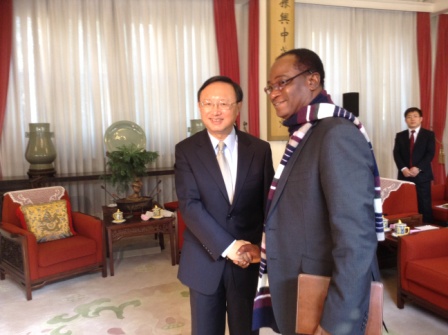 This visit is said to have helped in strengthening already existing ties between the two countries, as indicated in the series of high profile meetings and discussions held between the top diplomat and Chinese leadership. It came at a time when the People’s Republic of China continues to play a substantially contributing role to Africa’s development agenda and also being the world’s second largest economy.

Minister Samura Kamara who was in China on the invitation of his Chinese counterpart, Wang Li held series of high level meetings with top officials of the Chinese Government, including the State Councilor, Yang Jiechi, Minister of Foreign Affairs Wang Yi and President of the EXIM Bank of China, Li Ruogu.

During his meeting with State Councillor Yang Jiechi, both leaders discussed ways of furthering diplomatic ties between the two countries. Both leaders also discussed the strategic importance of both African and China to world affairs. The two top diplomats agreed that every effort should be embarked upon to further strengthen the relationship between Africa and China from within the framework of the Forum on China Africa Cooperation (FOCAC)

Specifically, Yang Jiechi paid tribute to the role of Sierra Leone in international affairs especially as Chair of the Committee of 10 at the UN. He expressed optimism that the visit by his Sierra Leonean counterpart will help further in strengthening the consensus agreed upon by President Ernest Bai Koroma of Sierra leone and Xi Jinping of China, during the former’s visit to China, in June-July this year.

On his part, Minister Kamara specifically expressed Sierra Leone’s appreciation for China’s continued support to his country.  His visit, he said, “will help to build on the existing relationship between the two countries” and that both of them would use their “offices to strengthen a synergy on how to address international issues” Minister Kamara dilated on Sierra Leone potentials as well as challenges in her agriculture sector, transport, mines and financial sectors.

In his other engagement with his Chinese counterpart, Yang Yi of China, both foreign chiefs recalled how since 1971 when diplomatic ties were established, both have been supporting each other’s national interest. Both top diplomats also commended the respective supports they continue to give to each other.

On his part, Chinese Foreign Minister, Wang Yi said 42 years of friendship between the two countries have been characterized by mutual trust. He committed his country’s strong will to always build political trust and at the same time seek a cooperation that would be mutually-beneficial to both countries, whilst enhancing cultural and educational exchanges, all in a bid to create more areas of cooperation. He promised to always support Sierra Leone peace and reconstruction efforts.

Responding, Minister Samura Kamara thanked his Chinese counterpart for the invitation extended to him to visit China. His visit, he said would help to ensure follow ups on issues agreed upon during the last visit by President Koroma “as well as to advance the bilateral and multilateral relations between the two countries” Minister Kamara renewed Sierra Leone’s assurances, in terms of always supporting China.

Trade and investment between the two countries, he said is broadening with more Chinese companies now operating in Sierra Leone. China, he said, is an equal partner in terms of her relationship with Africa and that their relationship with African countries has always been with the framework of mutual benefit, mutual respect, win-win and mutual political trust. These attributes, he said are needed for better ties between and among nations.

Both countries, Minister Kamara said, have tremendous opportunities to be used in strengthening their ties at the bilateral and multilateral levels.  “President Ernest Koroma will always stand by China and partner with the country to further ties”, he assured.

Minister Kamara condemned the October 28 car crash in Tian’anmen Square, saying, as a country, “Sierra Leone looks forward on how we work in tackling terrorism”

Funding for Sierra Leone’s development projects were also discussed, including projects in agriculture, infrastructure (airport) and water, amongst others.

On the 6th of November, Minister Kamara met with the Deputy Director-General, Personnel Department, Ministry of Foreign Affairs of China, Xu Feihong.  The meeting was with the view of looking at the institutional makeup of the ministry from the perspective of recruitment, personnel, amongst others.

In all of these visits, the Minister was accompanied by his country’s envoy to China, Victor Bockarie Foh, Head of Chancery of the Embassy, Paul Minah, Sulay Manah Kpukumu, Director of Policy and Planning, Foreign Affairs and International Cooperation Minister and the Press Attaché of the Embassy.

Minister Kamara departs on the 8th of November for Sierra Leone.

This Week In: English Football – A... 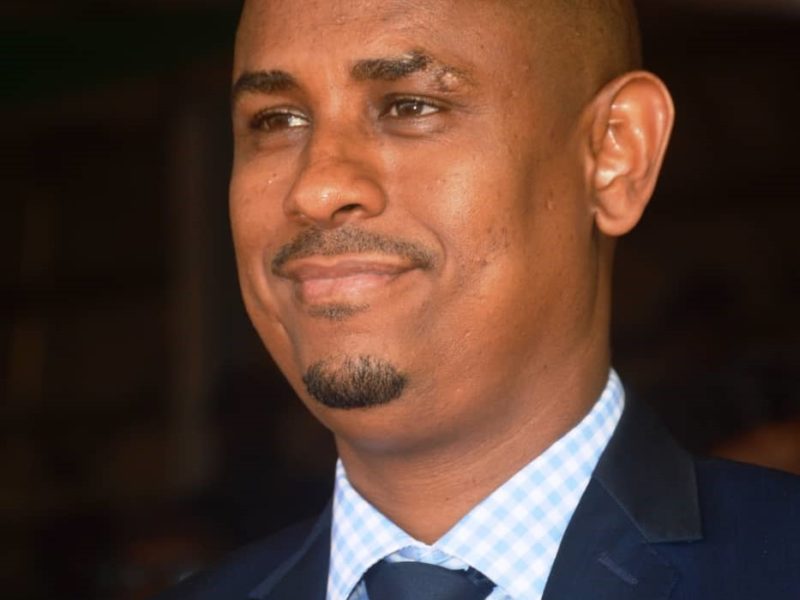