WHAT: Red carpet arrivals at the premiere of IBU IN SIERRA LEONE on Friday, October 25th, at The Odeon Cinema in Greenwich, London, UK.

JOHN KING is a ruthless crime boss who for many years has been the chief mastermind behind the violent spate of criminal activities across Sierra Leone. JK, as he is widely known, has managed to stay one step ahead of the police in their desperate attempts to nail him, but the relentless pressure from the law enforcement body means he must go underground and lie low for a while to cool off the heat.

Now, after two years of inactivity, JK is beginning to feel the pinch. With a handful of his vicious henchmen raring to return to action, JK knows he must cook up a plan fast to get out of his premature retirement and back in business. The new plan requires something that carries less risk, less violence, less manipulation. Something that will turn in the Leones in their millions and leaves little room for suspicion – JK and his henchmen unveil the boxing scam as his new line of business.

The scam involves pairing a potential heavyweight basher and a pint-size, sure-to-lose lightweight in a fight that is heavily publicised. With the unsuspecting betting, the public throw their weight and money behind the bigger man. The fight is thrown by the heavyweight as pre-arranged by JK, and either of the two mismatched fighters later grab a 20% cut of the huge chunk of betting profit and leaves JK and his henchmen with the bigger slice. Those who refuse to play by JK’s rules are subdued by issuing death threats to their wives or closest family members. On boxing match day, BANKY, thinking that the fight is already fixed, faces the menacing glare of IBU, with his usual confidence. In the fight that ensues IBU gives BANKY the beating of his life, and sets the stage for a head-on collision with JK and his bunch of trigger-happy thugs.

ALL WHO WILL BE ATTENDING BEFFTA AWARDS ON THE 25TH OCTOBER 2013; COACHES WILL BE OUTSIDE TO TRANSPORT YOU TO THE ODEON FOR FREE LEAVING AT 10:30PM

FINAL POINTS: All ticket holders will be given a VIP ticket on the night to attend the BEFFTA Awards on the 26th October 2013.

Slippery justice for victims of oi... 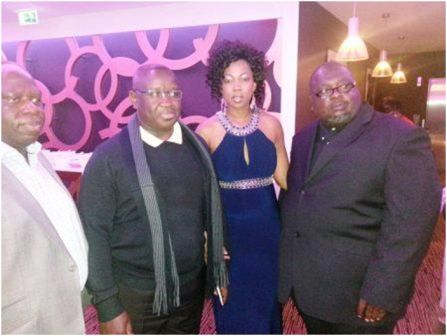 At the London Premiere of “Ibu In Sierra...