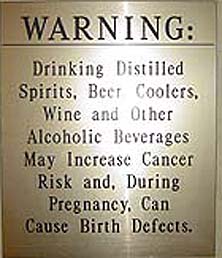 A press briefing to raise public awareness and promote healthy lifestyles on non communicable diseases was on Friday, October 11 organized by the Ministry of Health and Sanitation in the conference Hall of the Ministry of Information and Communications Brookfield’s in Freetown.

He explained that these diseases have emerged as leading causes of morbidity and mortality worldwide, adding that several behavioural changes enhance their development in human beings.

He disclosed that 60% of all deaths in this country are due to chronic diseases.

Dr. Samai also stated that living an unhealthy lifestyle can increase your chances of contacting these diseases. He further explained that age, gender, and race also enhance their development in humans.

He stressed that tobacco and alcohol consumption are major factors that help the development of cancer, diabetes, heart, lung, kidney, brain and liver problems.

He disclosed that surveys have revealed that about 14% males and 5% females of the population are engaged in heavy alcohol drinking.

He also revealed that about 35% of the country’s population is hypertensive with only 7% on medication. He observed that 91% of the population consumes less than five servings of fruits and vegetables on average per day while 87% live very inactive lifestyles.

He intimated that a stick of cigarette contains more than four thousand harmful ingredients, of which 60% are known to induce cancer. He therefore stated that quitting tobacco use is one of the most important steps one can take to protect his or her health. He described the harmful use of alcohol as a pattern of drinking that is already causing damage to the health of many Sierra Leoneans.

He also stated that drinking alcohol also increases the risk of road accidents, birth defects, anxiety and depression, cancer and damage to the brain.

He pleaded with all Sierra Leoneans to avoid drinking alcohol and smoking cigarettes and jamba, be physically active, cut down on the use of salt and sugar and to eat plenty of fruits and vegetables.