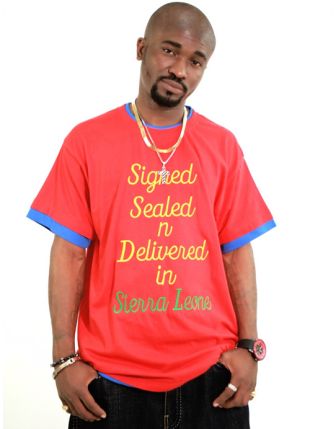 A single about the importance of money in our everyday lives.

Rapper/singer, songwriter and recording artist, POG has released his latest single Fen D Money. This melodious single is sure to get everybody on their feet while at the same time passing on the ever important message of the value of money.

We all want the good life and all that comes with it so we have to work hard for the money so we can get all the comfort. That’s the message in this song. The rhythms are global and contemporary, giving the beat a warm feel, testament to the genius of world renowned master producer, Kingzbread of Kingzbread International Inc. in Atlanta, Georgia,USA.  Having worked with the likes of Jagged Edge, Cyhi Da Prynce, Jah The Element, Kao Denero and more, Kingzbread really delivers on this. The lyrics touch personal, everyday facts about money that everybody can relate to, testament to the brilliance of POG.

This dynamic duo has come together on a project that is sure to entertain listeners of all ages as the contemporary and global harmony is infused with a variety of rhythms including Carribean, African and Hip-Hop.

The single will be available soon and can be purchased via download at, CD Baby or previewed on You Tube.

Rapper/singer, songwriter and recording artist, POG has journeyed far in his quest for a more nourishing and fulfilling way of life. Born Musa A. Bangura, he grew up in Wilberforce, a suburb in Western Freetown, Sierra Leone. Sierra Leone, though not known for violence, suffered a brutal 10 years’ war, which destabilized a land rich in talents.  POG can be described as a true son of Freetown, very talented and trained in the art of survival and excellence.

In the early days of rap in Freetown, in the early nineties, POG and his buddies would gather around at “King Street Junction” and do battles in breakdancing and rap with artists like J-Kat and RJ. In school they would turn desks to drums and P.O.G and others would freestyle rap all the time. Growing up in a culture that expected you to focus on education, his passion for music was limited to afterschool rap battles in the streets. While other artists were breaking through, he had to hit the books and keep dreaming about his passion for music.

While at university in Sierra Leone, POG with some other artists including J-Kat, recorded some studio tracks. In 2003, just before leaving Freetown for London, he recorded “10 uman secret” his first track to hit the radio airwaves, with K-Kat, Lex Bubble and Lenny. This was the first time he introduced his unique “2Pac style” krio rap.

Even though he went to London to study, he continued writing music.

In 2009, he moved to Atlanta and met Heist Boughatti, who took him to the studio, where he met come other artists and thereafter he set to making music. At last he found the space to explore his passion. He started recording, playing around with reggae beats, African beats and hip-hop beats, showing his versatility. But as he says, “I’m a rapper, I’m hip-hop, I grew up in hip-hop”.

In Atlanta, he met master engineer, Kingbread and formed a friendship with the Freetown hip-hop king, Kao Denero.  POG would later say, “Now I have the right folks around me, now I can preach my message”. He has now decided to dive into the exciting music world and deliver his message. His music, he hopes, will explore his personal development from a confused youth to a man aware of his purpose in life and aware of his strengths and weaknesses, and determined to use his message for the betterment of his spirit and the lives of others.

While positive and inspiring themes are not mainstream, the universality of his message plus a unique musical style and delivery, is what sets his music apart with some calling him “the salone 2Pac”. Positive message, raw delivery, true rhymes and swag. He is currently working on his first album which features some powerful songs that will capture the attention of music lovers in Sierra Leone and beyond. The first single from the album is scheduled to come out soon.

POG has always striven to set positive examples and inspire others around him and through his travels he has had the opportunity to share his vision to people around him. Also invited as a motivational speaker on some occasions, he believes he can use different forums to spread his message of inspiration and hope. He recently published a book of poetry collection, Me, Myself and My World. His dedication to youth empowerment and social consciousness stems from his early years growing up on the streets of Freetown and witnessing the daily struggles of hunger, homelessness, corruption and a devastating war. He believes his music will go a long way to entertain, teach and inspire people for generations because, according to him, “we all face the same struggles. We’re all we got”. He believes his music will cement his place as an ambassador for the youth.

It is this passion for the improvement of the youth that will establish him in the industry as a conscious voice for the poor. With accurate lyrical compositions, refreshing musical structure, mature delivery, a powerful confident personality, and a strong resolve to confront the violence and corruption that is so prevalent in Sierra Leone and the world at large POG is set to create a lasting impact on the Sierra Leone music scene. A musical prophet with a distinctive sound and an eternal message for all.