Sierra Leone’s Kandeh Kolleh Yumkella – The Diplomat versus the Candidate 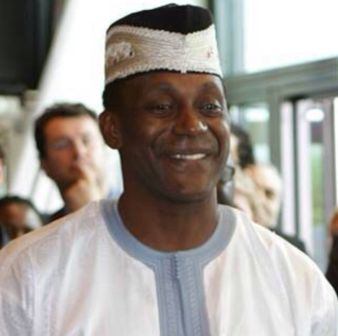 Sierra Leone’s Kandeh Kolleh Yumkella – The Diplomat versus the Candidate

The man that could be the right successor of President Ernest Bai Koroma.

A month ago, I went to Sierra Leone for several weeks, traveling to different parts of the country.  Hanging out with the political elite and grassroots alike.  I was particularly amazed by one thing,  “Kandehmania” (will Kandeh run for president in 2017/18, if so, under which party?). Never has one person dominated the imagination of supporters in both leading parties (and independents), and intensely challenged the entrenched political establishment for almost a decade. Similarly, Kandeh Kolleh Yumkella (KKY) continues to generate so much debate in social media.  Interestingly, the discussions have been net-positive (net-positive because some have tried the P-H-D antics as well).  What is even more amazing is that the man himself is not vocal about politics, he continues to be focused and dynamic as ever; doing what he does best i.e. global diplomacy and public policy.  (Photo: Kandeh Yumkella)

I will pause for a moment to lend a couple of lines to address a front page tabloid that falsely attributed a statement to KKY stating  that “Kandeh Yumkella has said he will not run for leadership under the SLPP come 2018.” My good people, I would like to categorically state in the strongest and unequivocal term that there is no truth in that article and would encourage all to ignore. Please don’t be misled. We trust the intelligence of our people and we will not allow their intelligence to be dumb down by lies and sensational headlines. There is a call of fierce urgency to address the real problems that are contributing to our nation’s moral and cultural decline. Our movement to draft KKY is committed to positively influence our political landscape and elevate all aspects of our engagement to solving serious and real issues. Now, enough of that and back to the man most people would love to address as “His Excellency or Mr. President” immediately after President Ernest Bai Koroma.

With over a quarter century experience in development, this illustrious son of our nation is shuttling from one end of the globe to another advocating transformative, and inclusive sustainable development.  His speeches and you-tube videos are being downloaded by many thousands of people. Since stepping down from UNIDO three months ago, he has been very busy building a global coalition to catalyze an energy revolution.  I scanned through UN websites and other independent sites/ blogs  many times to keep track of what he does, where he is, and what he says.  I have often wondered where he gets his dynamism and energy from. Take a look at his schedule in the last three weeks.  September 25-30 in New York at the UN-General Assembly; with Mrs Hillary Clinton, to keynote the Global Alliance for Clean Cook Stoves; on a panel on Youth Employment in Africa at the Clinton Global Initiative with former President Olusegon Obasanjo, and Africa’s four billionaires Aliko Dangote, Mo Ibrahim, Tony Olumelu  and Shrive Mosyriwa; October 1-2 in Washington DC with the World Bank and the Administrator of the USAID to discuss Powering Africa which is Obama’s $16 Billion signature initiative for Africa;. Oh, by the way, on September 25th, he also collected the African America Institute (AAI) 60th Anniversary Distinguished Alumni Award (out of the 23 thousand Africans sponsored by AAI for higher education in America, our KKY was chosen for this honor). At the AAI Award gala the Ethiopian Prime Minister described KKY as “one of Africa’s finest sons”.

By October 3-4 he flew to London to be with Her Royal Highness Princess Anne of the United Kingdom at the World LPG Association to keynote and launch the initiative to provide one billion people with LPG by 2030; October 4-6 in Paris at the 40th anniversary of the French Solar Energy association as keynote Speaker; October 8-9, in Hungary with the UN-Secretary General Ban Kimoon to deliver a speech on the energy-water security nexus at the Budapest Global Water Summit: October 9-11 in Doha Qatar to deliver Keynote speech at the third Global Clean Energy Forum organized by New York Times/International Herald Tribune ; and now October 13-17 in Daegu South Korea to represent the UN Secretary General at the World Energy Congress (and deliver the boss’s speech in his own country). Three continents in three weeks to lead, advocate and inspire CEOs, entrepreneurs and world leaders for SE4All.  Some are invited just as participants or observers to these conferences, but our brother KKY is called to shape the discourse, to synthesize and distill the real issues and to lead discussions and drive consensus.  Intellectual  Dynamism must be in his DNA. Check out the websites of these events, he talks about diverse subjects, globalization, technology, finance, youth employment, governance, gender-women empowerent, peace and security, etc. etc. Wow! All in a month’s work.

People ask whether he will have what it takes to lead Salone. Some are impatient,  wanting him to declare now 5-years before show-time. Some even are determined to smear. I learnt a slang in Freetown which states “Mesi, Ronaldo en Rooney nor de fet for vest”. Indeed, the best players do not fight for a team or what position they will play in a soccer match.  Africa and Salone’s best cannot play in the mud with the ducks, when we want him to fly with the eagles. This is a man who is always under stress, always on the go, always on the edge but keeping a cool head. Like the Northern Star he remains constant in his pursuit of economic development  and social justice for All humanity.  I believe he has the panache to be President and Commander-In-Chief. But will he step forward? Will he answer to Kandehmania and the call of the youth? With my usual response I say “Leh We Dae Go Normor,”

Others argue that “dirty politics” will scare him. But do our politics have to be dirty? Must we always settle for the lowest common denominator?  I learnt from former CKC boys that KKY started leading demonstrations when he was sixteen years old as senior prefect in 1977-78; and he continued in college.  Fearless in fighting for justice, equity and progress, but wise and calm when faced with a leadership challenge.  I know for a fact that KKY, Jimmy Kandeh, Frank Posowa, the late Hindolo Trye, and Pius Foray Stop Press, were part of the famous Tablet newspaper (though he did not write, Kandeh use to distribute Tablet and Progress newspapers). They continued their collaboration when Kandeh moved to New York. So at one point, KKY was a civil society activist and can stand the heat; but the heat must not burn the best-of-the-best.

As a young professional I am learning a lot from his work. First, the value of superior education, cool and dispassionate analysis, and the need for a deep understanding of issues. Second, to remain focused in spite of the noise and distractions around. Third, dynamism and superb leadership and communications skills. We should endeavor to use KKY the same way the world is using him, “to define a new transformative vision” for Salone and to step forward and lead its implementation in 2017 and beyond. Join the movement.  Embrace the movement. This time it’s not difficult, the best is always better. Draft KKY for 2017. Again I say “Leh We Dae Go Normor.”

Sierra Leoneans should hope for a...