A battery of journalists from different media houses after their courtesy normal press briefings at the Ministry of Information, Youyi Building moved on allegations being levied on the government for clarification which was turned down by a bodyguard attached to the Minister of Political Affairs, Hon. Kemoh Sesay (in photo).

OSD Constable (Fontoba) Sembu, who is serving in the capacity as a bodyguard to the Minister Kemoh Sesay aggressively stood up blocking the team of journalists on the pretext that nobody will see Kemoh Sesay.  However, those journalists worked through the right channels, they met the security at the gate and were interrogated, later they were given a form to fill which was given to the minister and allowed the journalists to enter.  However, they were repelled by the callous bodyguard Sembu who told journalists that they could not see Kemoh Sesay.  He said if they wanted to talk or conduct an interview, let them go to the deputy minister, to which the journalists judiciously replied that the issue is for the minister, but if he is not in his seat, then they would face the deputy minister.

Although, a good number of Sierra Leoneans are saying that Political Affairs Minister Honorable Kemoh Sesay, under the leadership of President Koroma and the APC government, is a very pensive man, but having such a type of churlish person by the name of Sembu will derange the good image of Kemoh Sesay.

Outside Hon. Kemoh Sesay’s office, crowds of people were standing.  A majority of the crowd confirmed that this is the normal habit of Sembu. He stops decent people who have potential things to discuss with the minister.  In the past when Sembu has granted people access to see the minister, the bodyguard complained they don’t give him money as a sign of appreciation; therefore he is now being strict on allowing people access to see the minister.

But suspiciously by the journalists, they took the allegation more paradoxical, but by the way the bodyguard to Mr. Kemoh Sesay was talking, you can see white saliva settled around his mouth… which looks like somebody who has just finished smoking marijuana or sniffing drugs… 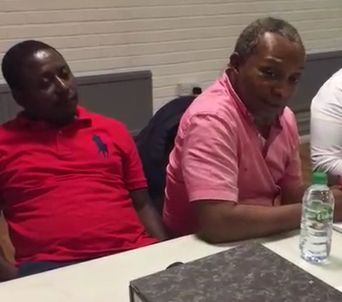 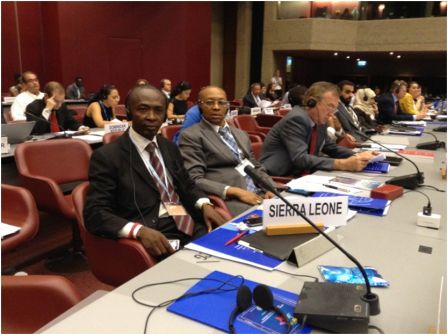