The Member of Parliament for Constituency 037 in the Kambia District, Hon. Patricia Umu Brown of the All People’s Congress (APC), has commended the activities of the United Nations Industrial Development Organization (UNIDO) for constructing a state of the art Growth Centre she described as a milestone in the history of the district.

She made the statement during the official opening of the Growth Centre in her Constituency on Friday, September 27 this year by the Minister of Trade and Industry, Alhaji Usman Boie Kamara.

According to the MP, the Centre has been established to help translate the potentials of the youths into reality and therefore called on the people of Kambia District to embrace the facility and ensure that it is maintained for the purpose for which it was created.

She also appealed to the board to lead the surveillance and reporting on the operations of the facility so that it will serve the youths well and even attract youths in other parts of the country to seek skills and knowledge there.

She explained that the Growth Centre has components of the solar facility mechanism, business communications and information units and food processing unit through which youths will enhance their livelihood skills and uphold and maintain their self-reliance without creating further problems for the government.

He appealed to the community people to embrace the Centre and make good use of the facilities it offers especially in acquiring livelihood skills that will up-keep their status.

In his address, the Minister of Trade and Industry, Alhaji Usman Boie Kamara, on behalf of the government, expressed profound appreciation to the Government of Japan for providing the funds and to UNIDO for implementing the project which he said government dearly appreciates.

The Minister called on the youths and entire community people to take great care of the Centre so that it will serve not only the present generation but future generations as well.

He admonished the people of Kambia to take the opportunity to ensure that what has been constructed in their district serves as the point of call for every individual in the district to ensure that it serves the purpose.

He revealed that government was now giving out micro-credit to people with integrity to help build their economic capacities, but stressed that anyone who is given the micro-credit must ensure that he or she has the integrity to refund it with an interest rate of 5%, so that it will revolve and reach many Sierra Leoneans throughout the country.

He warned that people must realise that if they default in repaying the micro-credit, legal measures will be taken against them to retrieve the money.

FBC students to get career advice... 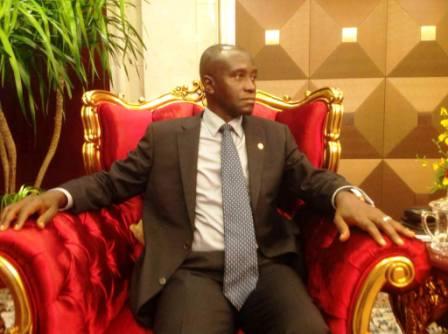 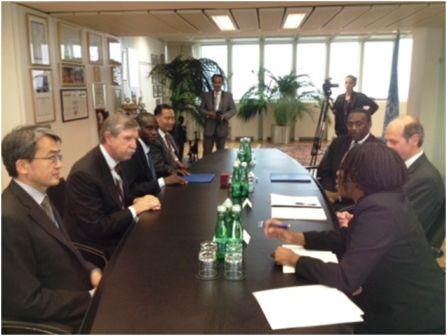