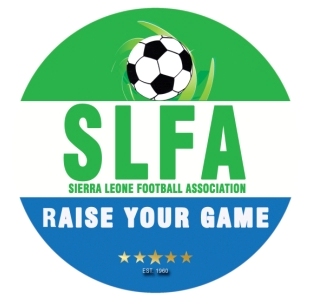 Barely a month ago, the Football Association held its elective congress which saw Isha Johansen and four other members elected to serve the football faithful for the next four years.

Rough and rugged as the road might seem, the executive has the tenacity to navigate through, with minimal or negligible damage because the recently elected executive members have a mixture of former footballers, a former referee and a long serving football administrator.

Together with the four regional Chairmen, the executive adds up to a total of nine, however according to article 35(1) of the SLFA constitution with the caption decisions states that, “The executive committee shall not engage in valid debate unless five (5) of its members are present”.

And on Wednesday 10th September 2013, the executive through the acting General Secretary, Abdul Rahman Swaray announced that the Sierra Leone premier league will recommence on Saturday 14th with the Republic of Sierra Leone Armed Forces (RSLAF) football team  in action against the mighty roaring lion from the east end of Freetown, East End Lions.

The premier league came to an abrupt halt over a month ago, after ten out of the fourteen top tier teams opted to boycott the league for what they referred to as a protest in support of candidates that were disqualified during the recent SLFA election.

The new executive with the new driving slogan “Raise your game”, have made gargantuan strides in ensuring the resumption of the premier league, by sourcing funding to the tune of one hundred Million Leones (Le100,000,000.) from mining giants African Minerals and an undisclosed amount from Sierra Leone Cement Company (LEOCEM). This amount will be used to give seed money of five Million Leones to the clubs to help with basic preparation and transportation which will sum up to Seventy Million Leones (Le70,000,000); the remaining funds will be used for administrative and official purposes, which include referees cost, venue hire, media cost etc.

Sierra Leone’s top tier league has had roller coaster years, but the new executive believes it can raise a bigger and better sail and steady the football vessel to safer shores in the next four years. And recommencing the league amidst the tidal wave rocking the country’s football FA is one of the many challenges and waves for the FA to navigate and sail through.

With support and endorsement from the continental and global football bodies, CAF and FIFA, the new executive is tabling road maps and plans for the sustainable growth and development of the game.

According to Isha Johansen, FIFA will be providing funds for the refurbishment of the football academy and secretariat, assistance for a turf to be laid at the National Stadium to eliminate the question of bad pitch or teams and Leone Stars blaming the lack of good results on the pitch. Further to that, Sierra Leone will also be benefiting from the fourth FIFA goal project in 2014 for the construction of another state of the art artificial turf or any project the executive deems fit for the development of the game.

Isha Johansen, known for her contacts locally and international network, has been told by FIFA Boss Sepp Blatter, that asking doesn’t hurt once it is for the right reason, and with Africa and Female football being FIFA’s babies and Isha the second female football President presently, Sierra Leone football stands to gain and benefit from the good of her Presidency not only from FIFA, but also from other international and local partners who will be turning their cameras on Sierra Leone football to help raise the game.

The indicators are becoming limpid, because within the last 24 hours, FIFA has confirmed that a high powered delegation of the association will be arriving in Sierra Leone for a one week summit to launch the performance program. They will assess football in Sierra Leone and how to further strengthen ties with FIFA and the association’s presence in the country.

Madam Johansen, who cuts out an extremely cautious but ambitious figure, has also set her sight on a revamped premier league, a nationwide Football Association Cup (FA Cup) and Ladies Cup to raise the game and drive it to every playable pitch in the country.

The FA cup scheduled to start in December, will be the “baby” of the football association, because it will serve as a vehicle to raise the game and take the status and standard of the game into consideration for future developments.

The Ladies Cup will be the first hosted in years and it is scheduled to start in January 2014. Details of the number of participating teams and format will be announced before the commencement of the league.

In addition, for information to be easily and readily available for public viewing and consumption, the media and marketing unit of the FA is working on a website, which will be the main voice and face of the FA. In addition, the unit is also developing a television show which will serve as audio visual update from the association and a radio magazine program which will feature events and development strides made by the association. Already, the media unit has moved ahead to create a Facebook page (SLFA – Official fb group of the Sierra Leone Football Association) for the association, where stories, photos and updates are posted until the website is up and running.

The name of the game is SALONE FOOTBALL and the desire of the Isha Johansen led Executive is that every Sierra Leonean, be you a player, administration, sponsor, or fans, should “RAISE YOUR GAME”.