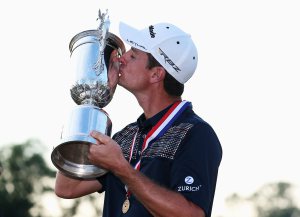 In the summer of 2012, London hosted the Olympic Games for the third time and the home nation rose to the occasion, winning 29 gold medals, 17 silver, and 19 bronze.  There was one particular day – in fact a single hour – on the evening of August 4th in the Olympic Stadium that stood out: Jessica Ennis completed the 800m in the seventh and last stage of the heptathlon and claimed gold; then Mo Farah began the 10,000m final and, while that race was going on, Greg Rutherford secured first place in the long jump.  With the partisan crowd buzzing, Farah put in an incredible kick finish to claim Britain’s first ever gold in the men’s 10,000m (he would go on to complete the long distance double when he won the 5,000m on the same track seven days later).  For someone who grew up in Britain at a time when the best sporting achievements were a good spirited performance that ultimately ended in heroic defeat (Henman falling in the semi-finals of Wimbledon every year; England losing on penalties to Germany in 1990, 1996; Argentina in 1998) and the gold medal tallies in summer Olympics were anemic (the first three I remember: 1988, 5; 1992, 5; 1996, 1), it was surreal to see widespread victories for the nation’s athletes.  This summer may not have quite matched the amazing Olympic experience, but there were still many highlights and successes across several sports.  (Photo: Rose’s US Open win started a summer of sporting success for Great Britain)

Back in 1998, at the age of 17 Justin Rose chipped in from off the green on the 18th hole of Royal Birkdale to claim a share of fourth in The Open, an incredible achievement considering he was still an amateur at the time.  Although he struggled early on in his career after that – missing his first 21 cuts after turning professional – Rose developed into a solid golfer who had claimed 11 tour titles and was inside the world’s top five.  However, he had rarely troubled the top of the leaderboards at Majors, missing the cut twice as many times as he had finished in the top ten, but that all changed at Merion in the US Open in June.  In tough conditions at the course in the suburbs of Philadelphia, Rose put together a solid four round set and ended the tournament one over par, two shots better than Phil Mickelson, who in the final round – played on his birthday – had a chip of his own on the 18th that would have forced a playoff, but he could not hole it.  Not only did the win for Rose end a 17 year drought of English* golfers winning a major – the last being the incredible comeback/collapse that saw Nick Faldo overtake Greg Norman on the final 18 of the Masters in 1996 – it was also the first time an Englishman had won the US Open since 1970, when Tony Jacklin triumphed in Minnesota.

*There have been three other British winners of golf majors in that time, all hailing from Northern Ireland: Graeme McDowell (US Open, 2010); Rory McIlroy (US Open 2011); and Darren Clarke (The Open, 2011).

I have to confess that for me, rugby ranks somewhere around Star Trek in terms of my interest level: I am aware of the existence of both but I have no desire to watch either.  However, the Lions – which is a special touring team made up of players from England, Scotland, Wales and Ireland…I think – played a three test series down in Australia, won the first by two points, the second they lost by one; then they thrashed the Wallabies in the third 41-16.  It was the first Lions tour victory since 1997, when they had beaten a South Africa team that was in disarray after replacing François Pienaar as captain., so I think British and Irish rugby fans were happy…Great, moving on.

In his passage to the quarter-final stage of this year’s Wimbledon, Andy Murray had not dropped a single set and, with Roger Federer and Rafa Nadal both having made surprising early exits , the draw appeared to be opening up for him to make his second successive final.  As Tim Henman once proved with his epic five set contests, British tennis is never an easy ride however and in the last 8, Murray found himself two sets down and on the brink of elimination against the Spaniard, Fernando Verdasco. However, Murray rallied and won the next three sets 6-1, 6-4, 7-5 to advance to his fifth successive Wimbledon semi-final, a match that he won despite losing the opening set on a tie-break against the Pole, Jerzy Janowicz.  That setup a repeat of the Australian Open final from January between Murray and the Serbian, Novak Djokovic, the reigning world number one and a man who had won 11 of the pair’s previous 18 meetings, including that grand slam event in Melbourne earlier in the year.  However, Andy Murray had beaten Djokovic for his only major title in the 2012 US Open and he had prevailed the last time the pair met on Centre Court, which was in the semi-final of the London Olympics.  There was a cautious optimism among the British public that the Scot could go a step further than he had in The Championship 12 months before, when he was runner-up after being beaten in four sets by Roger Federer.  Unlike his US Open triumph over the Serbian – which went to five sets after Djokovic had rallied from 2-0 down – there was little in the way of drama in the Wimbledon final for Murray and he claimed the Men’s Singles title 6-4, 7-5, 6-4, becoming the first Brit to do so since Fred Perry in 1936.

It is unfortunately hard – in the post Lance Armstrong era – to get too excited about any success in the Tour de France, as you can never be sure whether or not it is being done without the help of performance enhancing drugs.  However, if anyone does seem to be completely clean it would be Bradley Wiggins who, in the summer of 2012 became the first British winner of the Tour de France, then 11 days later, claimed gold in the Olympic time trial event.  Behind Wiggins in both events was Chris Froome, who claimed second place on the Tour as part of Team Sky, then claimed a bronze at London 2012.  This year, with Wiggins skipping the Tour, Froome had the opportunity to become the main rider for Team Sky and he did not waste his chance, taking the yellow jersey after stage 8 in the Pyrenees and not relinquishing it after that, getting to celebrate his win on the Champs Élysées during the final stage.  With the Tour in 2014 starting its first three stages in England, there is a good chance that Sky will be starting off the race in its home country and having the last two winners of the event leading the team.

In terms of sporting pleasure, it is hard to beat the experience of watching Mo Farah running the 5,000m or 10,000m – he is tactically astute; holds his own even when surrounded by three Kenyan or Ethiopian athletes who appear to be trying to muscle him out; and he has an incredible sprint finish, somehow finding another gear even when it looks like he might have gone too early and will be caught.  Last August, his two gold medals on the track were my highlight of the Olympics and somehow, his runs at the World Championship in Moscow this year seemed even better.  Farah has been working with 100m coaches to make his sprint finishes even stronger and in the 5,000m, that clearly paid off as he just destroyed the rest of the field in the final stretch.  Without doubt, Mo Farah now ranks in the upper echelons of the greatest ever British sportsmen, alongside the likes of Wiggins, Daley Thompson, Steve Redgrave and Chris Hoy.

Between 1989 and 2003, Australia won all eight of the Ashes test series that they contested with England, claiming victory in 28 of the 43 matches played in that time, losing just seven, with the old rivals drawing eight.  However, since then England had claimed the Ashes in three out of four contests and were widely expected to comfortably do so again this summer, with former player Ian Botham claiming that they would whitewash the Aussies (win all five matches).  From the First Test at Trent Bridge, Nottingham,, it was clear that it would be a much more competitive contest than that, as the balance of power shifted throughout the five days.  England had set a disappointing total of 215 in their first innings, but then regained the advantage as they reduced Australia to 117/9, before a record-setting 10th wicket stand of 163 gave the visitors a lead of 65.  Ian Bell gave the hosts hope by racking up 109 runs and England’s score of 375 in the second innings gave them a lead of 310, a total that Australia were approaching before James Anderson took the last four wickets and gave the home side a 14 run victory.

By contrast, the second test was not much of a contest, with England winning by 347 runs, but Australia then dominated the third and would have won if the English weather had not allowed only 20 overs of play on the final day, forcing a draw.  The true excitement came in the next test, which Australia looked set to win as they entered the final session of the fourth day on a score of 120/1, chasing a target of 298.  However, after tea (for the uninitiated, yes they really take a tea break in cricket) England took 9 wickets for the addition of just 104 runs and clinched the series as the score stood at 3-0 with just one to play.  Once again, the weather curtailed the final test, but there was still drama on the last day when the two teams scored 447 runs between them and England came within 21 of chasing down their target of 227 with some very quick scoring, before bad light stopped play.  Although overall it was a good test series victory for England – and marked the first time since the 1980s that they had won three Ashes contests in succession – there was also controversy surrounding the introduction of the Decision Review System, which only added to the number of questionable calls, rather than reduce them; and Australia’s annoyance that Stuart Broad did not walk (admit that he was out, which he should have done) in the first test, when he clearly edged the ball to the slips.  The animosity between the two teams and the close nature of these contests should make the next Ashes series – which begins in Australia in November – every bit as fascinating as this one was.

Okay some things never change – Scotland, Wales and Northern Ireland are all eliminated from qualification from next year’s World Cup and, although England are top of their group, the only two teams they have beaten are minnows Moldova and San Marino, while their negative tactics have been widely slammed.  The most expensive player in history is now British, which might be something of an achievement, if you are not a Tottenham supporter…

High rate of discrimination in RSL...