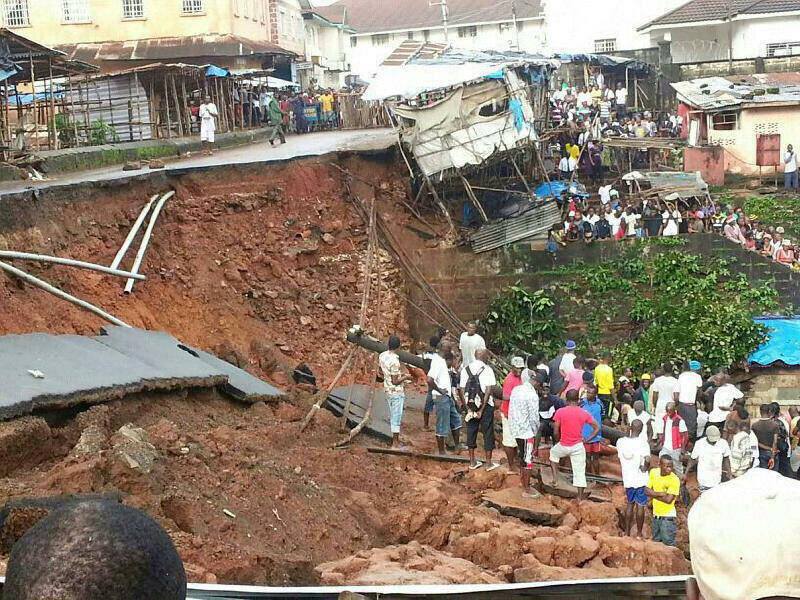 This press has reliably learnt that corpses are still believed to be buried underneath the debris of the collapsed King Jimmy Bridge.  This disclosure was made by traders and youths during an official visit to the site by the Minister of Trade and Industry, Alhaji Usman Boie Kamara.

Secretary General of the King Jimmy Youth, Julius Tony Moiwo complained to the Trade Minister that the remains of some of their compatriots are still trapped under the rubble of the collapsed bridge and several approaches have been made to the mayor of the Freetown City Council (FCC) but little effort is being made by the council to facilitate the removal of these dead bodies that are locked under the surface of the earth.

The Secretary General lamented that the mayor has rather informed them that it is costing the FCC an exorbitant fee of $1,500  to hire an excavator per day and the council cannot afford that at this moment.

Among other requests made by the displaced traders, was the construction of makeshift stalls to allow traders to sell their wares in an ideal place, also the construction of a public urinary to avoid litter of human fesses around the market area as traders deal mostly on food stuffs.

The traders further entreated the minister to facilitate soft loans for them as most of their wares were destroyed and stolen during the tragic fall of the bridge.

In his response, however, Trade Minister Usu Boie assured the displaced King Jimmy traders that he will collaborate with the Ministry of Health and Sanitation and the FCC and other necessary line agencies to put modalities in place in a bid to address the problems faced by over 300 displaced traders.

Alleged coup plot… should the poli... 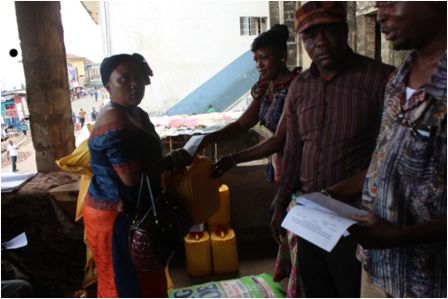 Probing the King Jimmy debacle with a Hu...