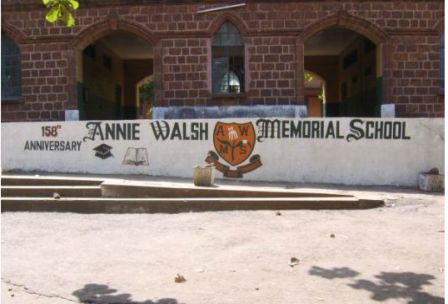 Miss Annie Walsh 2011-2012, Nadia Kumba Dissa, has recently attracted the attention of Sierra Leonean born king of pop General Sfano to feature in his new music Video title ‘My Diva’ that is expected to be released soon after the Holy Month of Ramadan.

In an exclusive interview with the young and dynamic beauty Queen, she said that she is overwhelmed by the call of the popular ‘Michael Jackson of Sierra Leone’ to be featured in his music movie and join him in promoting the Aims and Objectives of the Sfano-Michael Jackson Children’s Development Fund through entertainment.

“My dream is to develop my entertainment skills, raise funds and give to the needy and less-privileged children of the world”, Nadia assured and added “so that together we can achieve our dreams”.

Nadia went on to say that “I will establish my own children’s foundation but as Sierra Leoneans we should learn to support the most positive sides of our dreams than to establish ourselves selfishly”, she advised and continued “supporting the Sfano-Michael Jackson Children’s Development Fund for the good of the future generation is a positive line of action.

I love General Sfano”, Nadia Kumba Dissa said.  She revealed that the pop idol is one of the most focused and determined people she has ever known.  She further said that though the pop idol has been through several obstacles, he trains me to be focused in mind and helps me in developing a sense of responsibility among other women and to stands out to pursue achieving my dreams to legacy which is very inspiring to young people especially the children.

In Annie Walsh Memorial Secondary School, we are also encouraged to work with positive minded people who work for the good of all, Miss Annie Walsh said. Adding, General Sfano is the kind of role model all Africans especially Sierra Leoneans should be proud of.

Nadia Dissa disclosed that a team of many young dancers within the western area is currently on intensive dance training to help produce video clips of General Sfano’s songs in his albums title “Better late than never” and that the pop idol has gained the attention of huge number of fans than before.

The Annie Walsh Queen 2011-2012 disclosed that the intention for the establishment of the Sfano-Michael Jackson Children’s Development Fund is genuine. Adding, she is calling on all for support.

Nadia Dissa is the daughter of a Sierra Leonean born veteran footballer John Dissa. John Dissa is contending for the position of an Ex-Officio in the defunct Sierra Leone Football Association elections. 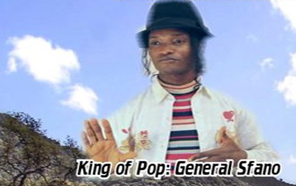 General Sfano Releases ‘Everybody Must F...