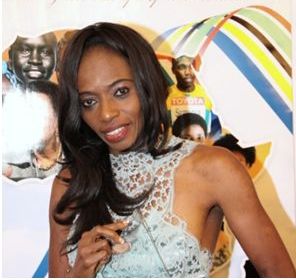 On Thursdays 25 July 2013, 85% of football stakeholders this correspondent talked to are crying foul over an alleged conspiracy in support of the wife of the Honorary Consular of Norway in Sierra Leone, Mr Johansen.

It’s a fact that Mr Johansen’s wife, Isha Johansen, who is in the race for SLFA’s presidency is not a Sierra Leonean anymore by law.  She is a Norwegian after her marriage to the consular and Norwegian law does not allow a person of diplomatic status to hold dual nationality except in certain circumstances.

The Stakeholders are accusing her of dumping her Sierra Leone citizenship for a Norwegian citizenship but now wants to vie for the football highest seat in the country.  The stakeholders went further to state that it is because of this fact that her supporters wanted to turn the table round and mount a racist calumny and sly campaign of defamation against her immediate contender Rodney Michael, who was also accused by the Minister of Sport Paul Kamara that he is not a Sierra Leonean and he is not supposed to stand for a prominent position in the country.

In recent media reports, Mrs Isha Johansen accused sport administrators of “a lack of patriotism, discipline and integrity.” She said this had left the Sierra Leone Football Association “in a total mess”.

Arguably she is well known for developing youth football in Sierra Leone, and was the second to officially declare her intention for the hot seat, after stated she is brainwaved by the current president of the Burundi Football Federation, Lydia Nsekera, and Izetta Wesley – the former head of the Liberian FA.

They wonder how the 47-year old Norwegian the founder of Sierra Leone Premier League club, FC Johansen has guaranteed to cover up all football corruption from the past regime in exchange for vote and gets away with that.

A few weeks ago the Sierra Leone State House director of communication, Unisa Sesay categorically cleared the air that the Sierra Leone Government will not attempt to choke any plot towards SLFA’s electoral process.

However with this latest accusation Mrs Johansen’s illegibility will be contested by stakeholders and delegates ahead of the August 3rd election.

Meanwhile the long awaited election was postponed again because of district and regional football association elections.