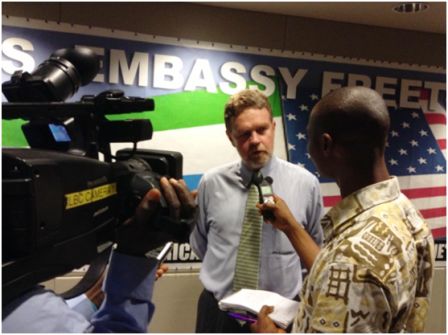 The outgoing Ambassador of the United States of America to Sierra Leone, His Excellency Michael S Owen, bid farewell to the nation in a well attended ceremony held at the US Embassy in Freetown.

In his remarks Ambassador Owen cataloged his accomplishments in his three year tenure in office.

The US Ambassador acknowledged his various tours of all the regions of the country which according to him yielded much fruit.  He highlighted that he was able to asses USA funded projects throughout the country with a bid to obtaining firsthand knowledge on the successes and challenges facing each project.

He went on to congratulate Sierra Leoneans on completion of peaceful and credible elections in 2013, of which he was proud to render assistance.

The outgoing Ambassador recalled that the nation was able to qualify for the MMC grant from his government, a covetous award that is not easy to achieve.

He noted that during his tenure the country was able to secure the services of American Peace Corps Volunteers who had stopped coming to Sierra Leone for years back.

He further expressed delight for numerous development programmes that he was part of and extolled the Government of Sierra Leone for moving in a positive direction in order to attain economic growth.

Finally, he gave a brief background of the incoming Ambassador, Mr. John Hoover who he lauded as an Africanist because he has worked in many parts of the African continent, including Sierra Leone. 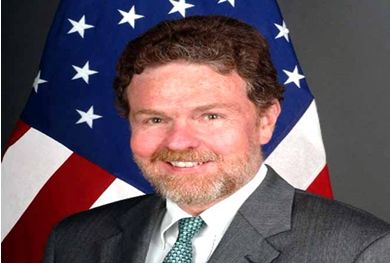 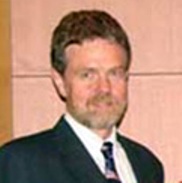 US embassy to unveil hip hop artist in S...