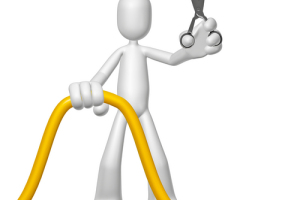 Have you seen this on the Sierra Leone Broadcasting Corporation (SLBC) television news bar, “Viewers are informed that from Tuesday 9th July 2013 to 9th August 2013 some programmes on radio and television will be affected especially the television news bulletin from 9:30 – 10:30 p.m. as the Africell Ramadan Promotion will be aired live.  Consequently the 9:00 p.m. news will be run for thirty minutes.” I am asking this question not because I have issues with either the SLBC or Africell.  In fact, I will proudly state that I learnt basic broadcast journalism at the then Sierra Leone Broadcasting Service (SLBS) now SLBC and even worked for the institution for over five years.  I have enormous respect for the SLBC. I am concerned because I am still convinced and persuaded that the SLBC management got it wrong by deciding to reduce the airtime of its news programme for promotion.

This is despite the fact that the Director-General of the SLBC, Elvis Gbanabom Hallowell, defended the management’s action in a telephone conversation I had with him on Sunday 14th July 2013 around midday. He said among other things that the SLBC has a Memorandum of Understanding with Africell (a mobile phone company) to provide one month airtime for the company’s raffle draw.  He said the SLBC decided to give the 9:30- 10:30 p.m. airtime because it did not want to affect other programmes.  The SLBC boss said “It is a temporary situation.  You always have to make decisions when there are temporary decisions to make.  We realised that if we cut down for thirty minutes (the news), it will be good to make money for the institution.”  He said “This is not the first time, we have done that before.  Looking at our financial situation, we have to make the SLBC sustainable.”

Seemingly good points made by the SLBC boss.  However, I still maintain that the news is ‘sacred’ as we say in broadcasting.  It is the lifeblood of any broadcasting institution.  But unfortunately, the SLBC management, in my view, has chosen the path of commercialisng the public service broadcaster to the extent of even reducing the news airtime for a ‘sales promotion.’  As someone who separately teaches news writing, broadcasting and advertising, I certainly know that the client (also the advertiser in this case) understands the concept of ‘captive audience’ which in this case refers to those of us who at least only religiously watch the SLBC’s news hour programme at 9:00 p.m.  This is why advertisers will always insist on placing their advertisements (whether jingles, spot messages, sales promotion etc) during broadcast airtime with wide audience.  The client may have succeeded in fulfilling its advertising goal, but what about the SLBC?  Has it performed its own public service function by letting go of thirty minutes of its news programme? This takes me to the principles of public service broadcasting.

I urge the SLBC management to take a closer look at the principles of public service broadcasting (PSB).  There is no principle that prefers advertising to airing news. Block et.al (2001) and Tracey (1998) among others made reference to a Broadcasting Research Unit in London, UK from 1981 to 1988 and drew up eight main principles for PSB.  They are Geographic universality/ Universality of availability, Universality of appeal, Provision for minorities, Serving the public sphere/ National identity, Vested interests (broadcasting should be distanced from all vested interests, and in particular from those of the government of the day), Commitment to the education of the public, Competition and Guidelines (the public guidelines for broadcasting should be designed to liberate rather than restrict programme makers). Furthermore, the Independent Media Commission (IMC) Code of Practice of 2007 (p. 27) notes that “A public station is one set up by legislation, accountable to the public through an independent board, protected against interference of a political or economic nature, with editorial independence and adequately funded in a manner that protects it from arbitrary interference. Its transmission should cover the whole country and its programmes should be politically balanced.”

In addition, the SLBC should take into consideration the provision on advertising in the very Act that established it. The SLBC came into existence pursuant to the enactment of the Sierra Leone Broadcasting Corporation Act, 2010. On advertising, the Act notes in Section 10, sub-section 2 (c) that the SLBC “shall allow and accept limited sponsorship for programmes and advertisement, except that no sponsorship shall be allowed for news programmes or accepted from political, ethnic or religious groups or institutions.” Did the Act say the SLBC shall reduce its news airtime for promotion? Or is it the case that reducing the airtime of the national news on television is part of the ‘limited sponsorship for programmes and advertisement?’

The answer to those questions is an emphatic no! The SLBC Act places great importance to news programmes and warns that the SLBC shall not accept any sponsorship for news programmes, not to talk of reducing the airtime for news because of promotion. If the SLBC would not accept sponsorship of news, should it take a unilateral decision to cut down our one hour news to thirty minutes all in the name of some promotion? This is not the case of the SLBC not having the capacity to produce the one hour news programme; it is an issue of ‘vested interest’, something one PSB principle had warned public service broadcasters to guide and guard against. Certainly, the promotion programme replacing the saved thirty-minutes of news is not aired for ‘free’. Somebody might have had a vested interest in raising money for the SLBC, to say the least. Well, let me state that the SLBC is not operated for profit and should not be funded predominantly by advertising revenue. In fact in strict theoretical terms, public media should avoid most or all paid advertising. The SLBC should not extend the provision in Section 16, sub-section (1) (b) of its Act to our news programmes. The said section provides that the activities of the Corporation shall be financed by “moneys accruing to the Corporation in the course of its operations, including moneys paid for services rendered by the Corporation.”

I suggest that the SLBC’s management reconsiders the move to cut short the lifespan of the very corporation in terms of both its relevance and service by reducing the news airtime. I further respectfully urge the SLBC to restore the normal one hour airtime for the TV news at 9 p.m. if it is serious about serving the public sphere, which is another principle of PSB. The ‘public sphere’ by the way is the domain of our social life in which such a thing as public opinion can be formed. When the public is large, this kind of communication requires certain means of dissemination and influence; today, newspapers and periodicals, radio and television are the media of the public sphere (Habermas, 1989). I argue that the SLBC is positioned to create that public sphere through for example its news programmes. I am still trying to imagine whether the Board of Trustees of the SLBC (our representatives on the Board) did not see anything wrong with the reduction of the airtime for news particularly at night when most of us would have returned home from the hard day’s job and would want to catch up with the latest happenings in the country. I also suggest that the SLBC takes seriously the fact that its first  and I dare say major source of funding is moneys appropriated by Parliament for the purposes of the Corporation (Section, sub-section (1) (a), of the SLBC Act, 2010). If the SLBC is not getting the fund in question, it behooves the Board of Trustees to report to us (the people of Sierra Leone) for prompt action. The Board should not allow the management to find funds to the extent of sacrificing our sacred news bulletin.

I have raised this concern as one of the owners of the SLBC. The SLBC belongs to all of us. I have also done so against the backdrop that the SLBC is always assuring us in one of its jingles that its ‘exists for the people.’ Again, in its recent trail for a new programme, ‘Frankly Speaking’, the public service broadcaster notes that “We should be frank.” I have therefore written frankly. I know this piece will be ignored by many, including some staff of the SLBC. They will view it as another theoretical approach to addressing practical issues. But I know that somebody who is or will be researching on the scheduling of the SLBC’s news programmes and their contents will raise similar issue one day. I remain. 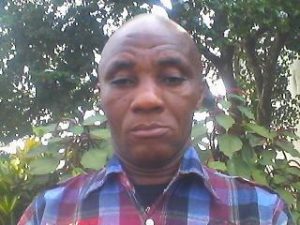