After much cogitation about his quest to build a modern house in Bumbuna in the early 1980’s, the late Mamud M. Sesay sought endorsement from his Magburaka Old Boys Association Family, on a suitable house plan.  In his search, Mr. Sesay contacted Mr. Joe Conteh, a Transportation Economist, Mr. Ernest Koroma, an accomplished Entrepreneur, Mr. Frank Kargbo, an accomplished Lawyer, and a Civil Engineer.  This author, then a student at Fourah Bay College and a younger brother of Mr. Sesay, was also contacted about this plan.  Mr. Sesay’s quest for an agreed plan translated into making a trip to Bumbuna one weekend.  Family members were picked up from their offices and the last was the civil engineer who was then living at Kissy. There was an awkward moment when the Civil Engineer emerged from his house with his clothes neatly packed in a female bag.  Endowed with an ability to notice details, Mr. Ernest Koroma, who was sitting next to Mr. Mamud quickly, whispered “Mamud, your Engineer is carrying a female bag “and there was laughter in the van. (Photo: Felix Foday Sesay, author)

We made brief stops at Makeni, Magburaka and Tonkolili Village.  At Tonkolili village, Mr. Mamud Sesay introduced the group to his paternal uncle, Pa Santigie Sesay, who was then in his 80’s but very entertaining.  We arrived in Bumbuna in the evening and by dawn the Civil Engineer had surveyed a plot of land, where our family house once stood.  A plan was sketched which was endorsed by the entire team.

Construction of the house commenced but as the house was nearing completion; my brother fell ill and sadly passed away in England on April 25th 1988.  The house was completed by our eldest sister, Mrs. Yabom Sesay-Kanu.  The house stood out distinctively in Bumbuna and it was dubbed the” White House”.  President Momoh had lunch in our house during his official visit to Bumbuna.

Belonging to a modernized town had always been the aspiration of my late brother as evidenced by his decision to build a self contained house with an inbuilt generator shed to provide electricity.  That was his dream and vision, although he did not live longer to continue this goal on the path to accomplish his purpose in life for our ancestral hometown-Bumbuna.

This brings me to the recent request made by the people of Bumbuna to the Government for the electrification of their houses and the surrounding villages.  This sincere request to the government was borne out of a realization that the electricity generated through the Bumbuna Hydro Dam is not being provided to the people of Bumbuna, but is being sent to other parts of the country.   This hurts, especially when one considers the long dreams of our people to enjoy electricity generated by the waterfalls.  Social responsibility should start from where the resources are endowed and provided and it should be attained to benefit the local population and the community.  Bumbuna deserves it all because it is the source of the country’s path to socio-economic development.  A country cannot develop economically without electricity or energy. Any industrialized country has made all the strides to development because of electrification which is an essential prerequisite for the solution of the intractable developmental dilemma facing many developing countries.

His Excellency Dr. Ernest Bai Koroma, I strongly believe has a deep rooted attachment toward Bumbuna , borne out of that historic trip in the 1980’s. This is why I believe, he will give the request of the people of Bumbuna his utmost and due consideration  to electrify the city and its environs.  Electrification of the town will surely stimulate economic activity and growth in the Kalansogoia Chiefdom and be part of the President’s development legacy of Sierra Leone.

Denying the people of Bumbuna any benefit or claim to the Bumbuna waterfalls goes against its origin  because the name of the town came from the roaring sound of the waterfalls during the raining season- GBUM GBUM NA literary means “ that place with the GBUM GBUM SOUND”.  Legend has it that the sound was so roaring that early chiefs had to perform rituals to appease the gods to tone down the sound.  The official name Bumbuna is a British colonial liguistical corruption of Gbum Gbum NA.

Bumbuna continues to be the town where electricity through its hydro electric dam is generated for the entire country.  Charity begins at home and our people need to enjoy this great endowment of mother by the fulfillment of their social responsibility and electrifying the town and its environs. This is part of development and our Town –Bumbuna should not be bypassed without being electrified.

ACC raises awareness on the fight... 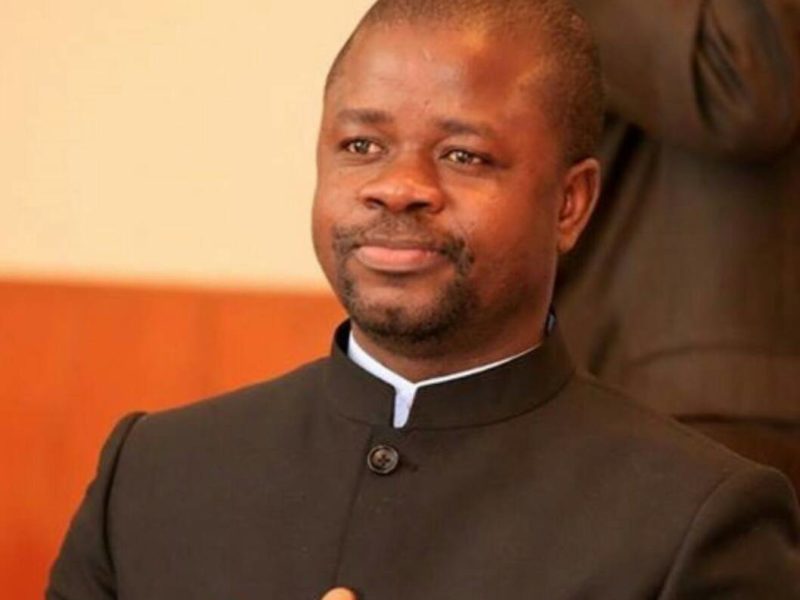 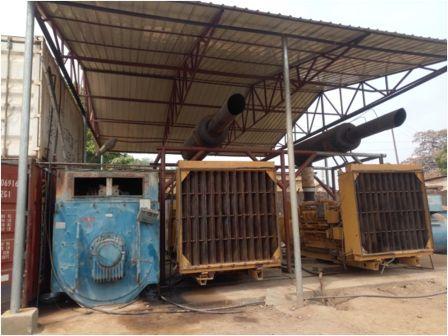