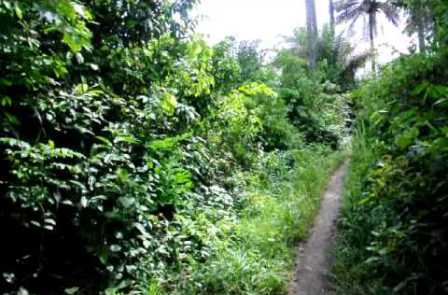 The alarming rate at which human beings are now disappearing in the southern and eastern regions of Sierra Leone has sent shockwaves among the residents, many of whom now fear to venture out at night or go alone to the bush during the day.

Over the past three months, two elderly women are reported to have been abducted by cannibals.  In the Jong Chiefdom, Bonthe District, Southern Province, an elderly woman, Jeneba Lansana recently disappeared mysteriously and her cannibalized corpse was later discovered in an oil palm plantation at Mongeray Village, the home of the Paramount Chief, Alhaji Alie Badara Sheriff.  The report was confirmed to this press by the Mattru Jong police who have already arrested and detained six people suspected of being involved in the horrendous act.

Our investigation revealed that Jeneba Lansana’s corpse was badly mutilated with her throat cut, her genitals, palms and other organs removed possibly for ritual purposes.  A post mortem examination was done by Doctor Foday Sesay of the Bo Government Hospital.

Paramount Chief Alie Badara Sheriff confirmed to this reporter that the murdered woman was his cousin and that the incident took place in his home.  However, he suggested that the atrocity might have been committed by political opponents who are hell bent on sabotaging his regime and tarnishing the good name of the Jong Chiefdom.

Based on the established fact that the murdered lady was his cousin and that the incident occurred in his village, residents of the chiefdom have been pointing fingers at the PC Sheriff who they suspect of being involved in the murder.  To prove his innocence, the paramount chief is reported to have recently hired a traditional medicine to swear himself and to swear all those who keep accusing him falsely.

The women in Mattru Jong are also reported to have hired a traditional medicine to swear all those involved in the killing of their companion but the commercial bike riders, locally called okada riders, are reported to have prevented the women from swearing and the controversy is said to have resulted in chaos.  The palaver prompted president Koroma’s Special Executive Assistant, (SEA) Doctor Sylvia Blyden to visit Mattru Jong to pacify the situation.

In a related development, an elderly woman, name unidentified, is reported to have mysteriously disappeared at Bandawor Village in the Nyawa Chiefdom, Kenema District. Police officers in Blama, commanded by OC Kamara, are reported to have mounted a vigorous investigation into the matter and have already arrested and detained six suspects. The missing woman is yet to be found. The frequent and mysterious disappearance of people in the Southern and Eastern Regions has instilled fear among residents who now live in perpetual fear of cannibals.