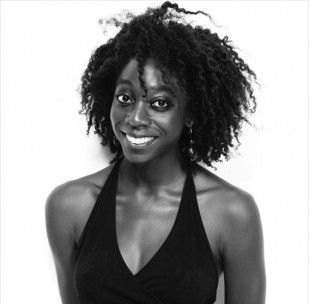 Durban, South Africa: Eighteen projects by African filmmakers have been selected for the finance forum of the Durban FilmMart (DFM) which takes place from July 19 to 22 during the 34th Durban International Film Festival (July 18 to 28).  (Photo: Director Akosua Adoma Owusu)

The Durban FilmMart, which is a co-production, finance market, and filmmakers networking event, is a joint programme of the Durban Film Office (DFO) and the Durban International Film Festival (DIFF). The event, an important event on the South African film calendar, is an opportunity for filmmakers, financiers and top film experts to gather and share expertize, explore new ventures and keep up to date with industry trends.

The finance forum of the DFM provides filmmakers from across Africa an opportunity to pitch their projects to international financiers, distributors, sales agents and potential co-producers, as well as meet experts in master classes, attend meetings and engage with industry professionals.

“The Durban FilmMart, which attracted around 350 delegates last year, is now firmly established as a prominent project development and finance forum on the continent,” said Toni Monty of the Durban Film Office, who is currently at Cannes to promote the DFM. “ We are pleased that the filmmakers are now looking to this market as a valuable step in the development of their projects.”

A total of 113 submissions, comprising 31 documentaries and 82 features were received, out of which eight documentaries and 10 fiction projects were selected. A Reader Panel of African and international film professionals assessed these projects and made the selection based on a number of standard criteria. The directors and producers of these projects will have one-on-one meetings with potential investors and co-producers at the Finance Forum.

“Making film is not simple process. Months and years of planning go into developing concepts and projects. The DFM allows filmmakers an opportunity to unpack and investigate financing possibilities for their projects and it can provide the momentum to shift projects to the next level.” says Peter Machen, the manager of the DIFF. “We look forward to seeing how the DFM paves the way for further opportunities for these African filmmakers.”

The 4th edition of the Durban FilmMart takes place from 19-22 July 2013, during the 34th edition of the DIFF (18-28 July 2012).  Filmmakers who did not submit projects for official selection can still register as delegates for the event and enjoy the expert panels, master classes and networking opportunities. Registration will officially open on June 6, 2013. For more information or to register go to www.durbanfilmmart.com

Opportunities for documentary projects a...