(Los Angeles, California – May 30, 2013) It takes a special artist to fuse elements of varying genres and eras into a winning formula. Taking a bit of the old and a bit of the new to create a fresh sound requires great skill and care. This is the crux of Douyéism. On her forthcoming sophomore album So Much Love, Nigerian-born, Los Angeles-based singer Douyé (pronounced Doe-Yay) pays homage to the mellow blend of silk and soul made iconic by artists such as Sade, Dianne Reeves, Chanté Moore, Regina Belle, and Rachelle Ferrell. Featuring the musical prowess of fellow Nigerian and multi-platinum producer Dapo Torimiro, Grammy-nominated multi-platinum British songwriter Terry Shaddick, guitarist/ producer Chris Sholar and Grammy-nominated jazz keyboardist/ producer Philippe Saisse, So Much Love is a breathtaking tour de force that adeptly revisits the sound of early 90s Urban Adult Contemporary radio with a unique spin. Laced with Douyé’s smoldering vocals and seasoned with elements of jazz, R&B, and a dash of spicy Afrobeat, it goes without saying that So Much Love is destined to be one of the more feted independent releases of 2013.

Nigerian vocalist Douyé prepares to release sophomore album So Much Love featuring the debut single “So Much Love” in tribute to Afrobeat icon Fela Kuti.

Hailing from the Nigerian capital of Lagos, Douyé was reared in a household where the sounds of legends like Billie Holliday, Sarah Vaughn, Ray Charles, Ella Fitzgerald, Bob Marley, and Dinah Washington were omnipresent. And with that, Douyé had found her calling. Later she attended the esteemed Musicians Institute in Hollywood as a vocal major. While at school, she was introduced to songwriter Terry Shaddick. Responsible for penning Olivia Newton-John’s decade defining multi-platinum hit “Physical,” Shaddick immediately recognized Douyé’s unique innate talent and began collaborating with her on a series of songs that would eventually culminate in her debut album Journey in 2007.

Douyé is fully prepared to share the next leg of her wondrous journey with the world on So Much Love. Hailed Nigeria’s Sade, the new album is an exemplary testament to Douyé’s growth as an artist, songwriter, and human being. Over the course of 13 tracks, So Much Love takes listeners on a ride through the full range of life’s joys and beautiful struggles. The breezy tune “Life Is Good,” featuring acclaimed saxophonist Eric Marienthal, is a whimsical number embedded with a reminder to enjoy the little things in life and live in the moment. Since its release, the song has gained attention in media outlets in both the United States and Europe. “Life Is Good,” produced by Torimiro, climbed to #9 on the UK soul chart and has remained in steady rotation on play lists at radio stations in Europe and stateside. Infusing Douyé’s signature sound with a more contemporary R&B vibe, the Sholar produced “Till Morning Comes” finds Douyé caught up in rapture with that special someone. Second generation soul wunderkind JR Hutson layers a lush sonic bed on “Love Rules,” where Douyé croons passionately about the sweetest taboo of a forbidden love that feels so right. Hutson and Douyé up the ante on “Loved By Love,” a shimmering lover’s rock tune brimming with island vibes and the glowing realization of true love. On the jazzy track “Man Enough,” produced by Philippe Saisse, Douyé lays out her list of standards for her would-be suitor. Featuring a scintillating saxophone solo, the tune finds Douyé floating effortlessly on a cloud of smoldering confidence and unmistakable charisma.

Douyé unveils her more pensive side on the flamenco inspired “Wake Up,” a song produced by Saisse that speaks to the issue of mental illness. Douyé rebounds and lightens the mood with her tribute to the days of her youth, “Golden Days.” Produced by Torimiro and featuring smooth jazz trumpeter Rick Braun, “Golden Days” is a reflective song full of lyrics that reminisce on simpler times when being a free-spirited child was her only care. One of the album’s crowning moments comes in the form of her jubilant tribute to the late Nigerian Afrobeat legend and international icon Fela Kuti, “So Much Love.” After reflecting on bearing witness to Fela’s rousing live performances at his legendary venue The Shrine throughout her childhood, Douyé decided that a tribute to Fela was in order to lead off the new project.

Douyé’ says, “In Africa, we have many sayings, there is one that translates to when you’re cooking a good soup, you don’t rush to drop everything in. Because it’s a process. You take your time so that the love will reflect in the soup. You can’t rush a good thing. That’s the way I feel about the new album.” 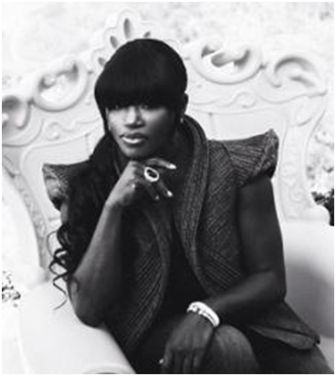