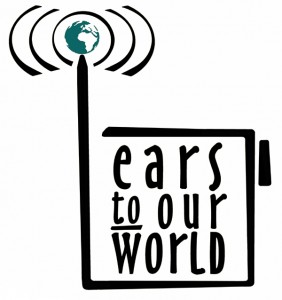 Centre for Accountability and Rule of Law (CARL) has received 30 self-powered hand-cranked radio sets donated by a US-based organization, Ears to Our World. CARL has partnered with ACIPP, a Netherlands-based organization promoting international youth exchange and local capacity building.

The radios were displayed during a press conference on Monday, 8th April at the National Museum in Freetown.

Executive Director, Ibrahim Tommy said that Ears to Our World, a United States- based organization that specializes in the distribution of self-powered world band radios to schools and communities, has donated 30 self powered radios to CARL through ACIPP.  In a country where electricity is a problem, especially in the provinces, the radio stets will enhance access to information in the communities. Ibrahim Tommy disclosed that the radios will be distributed in 15 communities across the country where CARL’S community-based monitors work on various initiatives aimed at promoting human rights, combating sexual and gender-based violence, and enhancing accountability and transparency in local government.

Executive Director of ACIPP, Simon Tsike-Sossah, said that there is so much power in information, expressing delight for the beneficiaries of this donation. The high technology radios are equipped with LED Flashlights and the cranks can be used to charge cell phones through a simple USB cable, thus bringing relief to residents in remote areas where lack of electricity is a chronic problem. This partnership is essential for its potentials for advancing human rights through the use of innovative new technologies. Each of the hand-cranked radio costs $45.

Share With:
Tags
CARLCARL-SLEars to Our Worldhand-cranked radios
Previous Article

Professor Parrot - Why Pa Koroma B...