Michel Desaedeleer, American and Belgian citizen, was arrested in Spain this week, pursuant to an European arrest warrant. He is suspected of having participated, with former Liberian President Charles Taylor and the Sierra Leonean rebels ofthe Revolutionary United Front (RUF), in enslavement as a crime against humanity and pillage of “blood diamonds” as a war crime in the district of Kono in the Eastern part of Sierra Leone between 1999 and 2001.

Several citizens of Sierra Leone, victims of enslavement during the civil war, filed in Brussels in January 2011 a criminal complaint against Mr Desaedeleerwho residesin the United States. They are represented by the Belgian lawyer Luc Walleyn. This complaint prompted the Belgian authorities to formally open an investigation, which culminated in the issuance of a European arrest warrant against Mr Desaedeleerin 2015. The Centre for Accountability and Rule of Law (CARL) in Freetown, Sierra Leone, and Civitas Maxima (CM) in Geneva, Switzerland, have been working in partnership for several years on this case to document crimes and assist the victims to obtain justice.

During the civil war in Sierra Leone (1991-2002),the RUF used civilians as slaves in the district of Kono to mine in the diamond pits. The proceeds of the forced labor were brought to Charles Taylor in Monrovia, Liberia, and then sold on the international market.

This is the very first time that a businessman has been arrested for his alleged involvement in theinternational crimes of both pillage of blood diamonds and enslavement of civilians.

Ibrahim Tommy, Executive Director of CARL, said today from Freetown: “This is another significant step forward in our collective efforts at ensuring accountability for the crimes that occurred during the conflict in Sierra Leone. No one should be allowed to get away with participating in serious offenses such as enslaving people and forcing them to mine for diamonds. This casewill also help to shed light on the otherwise discreet drivers of the infamous ‘blood diamond’ trade in Sierra Leone”. Alain Werner, the Director of Civitas Maxima added in Geneva: “This is a landmark case, the first of its kind, and it will help to raise awareness of the pivotal role played by financial actors in the trade of mineral resources that fuel armed conflicts in Africa and elsewhere”.

We need to develop the country for... 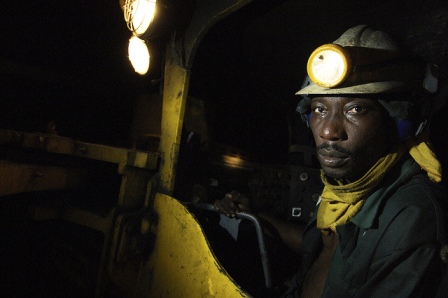 No longer a curse?