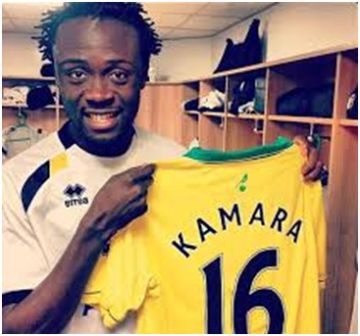 Four Sierra Leonean UK based footballers have confirmed they will be attending the Salone Beats Festival Concert and After Party.

Sierra Leone’s most iconic Afro beats singers Emmerson and Famous performing to their demanding fans this April on the Sierra Leone Independence Day for the ‘Salone Beats Festival’ in London.

This year Sierra Leone Independence day will see the most idolized musicians never seen before on one stage at:

The Salone Beats Festival in celebration of Sierra Leone music  is organised by Salone Truefans and Gus de Great Entertainment. The festival is set to take over the 2,600 capacity venue with performances from only Sierra Leone’s biggest names in the entertainment industry including the most promising up and coming artists in the music industry; Dallas Bantan- King of the dancehall, Alim Kamara-award winning rapper, Lady Matto- Sierra Leone’s pop star and FTFreshmusic UK’s Hottest AfroDance artists who will be killing the stage with their anticipated performances, along with London’s Best Host –DJ Little.

The founders of Salone Truefans, Mr and Mrs Bangura state since the launching of the Salone Truefans music website the UK fans have been longing to see the soon to be announced music festival and their big acts on one stage. Not only are we going to make the fans dream come true, our aim is to provide entertainment that will blow the minds of the fans each year with their star icons.

The Salone Beats Festival will be hosted by Sierra Leone’s most entertaining Host DJ Little, DJ of the Night Freestyle from Colourful Radio .